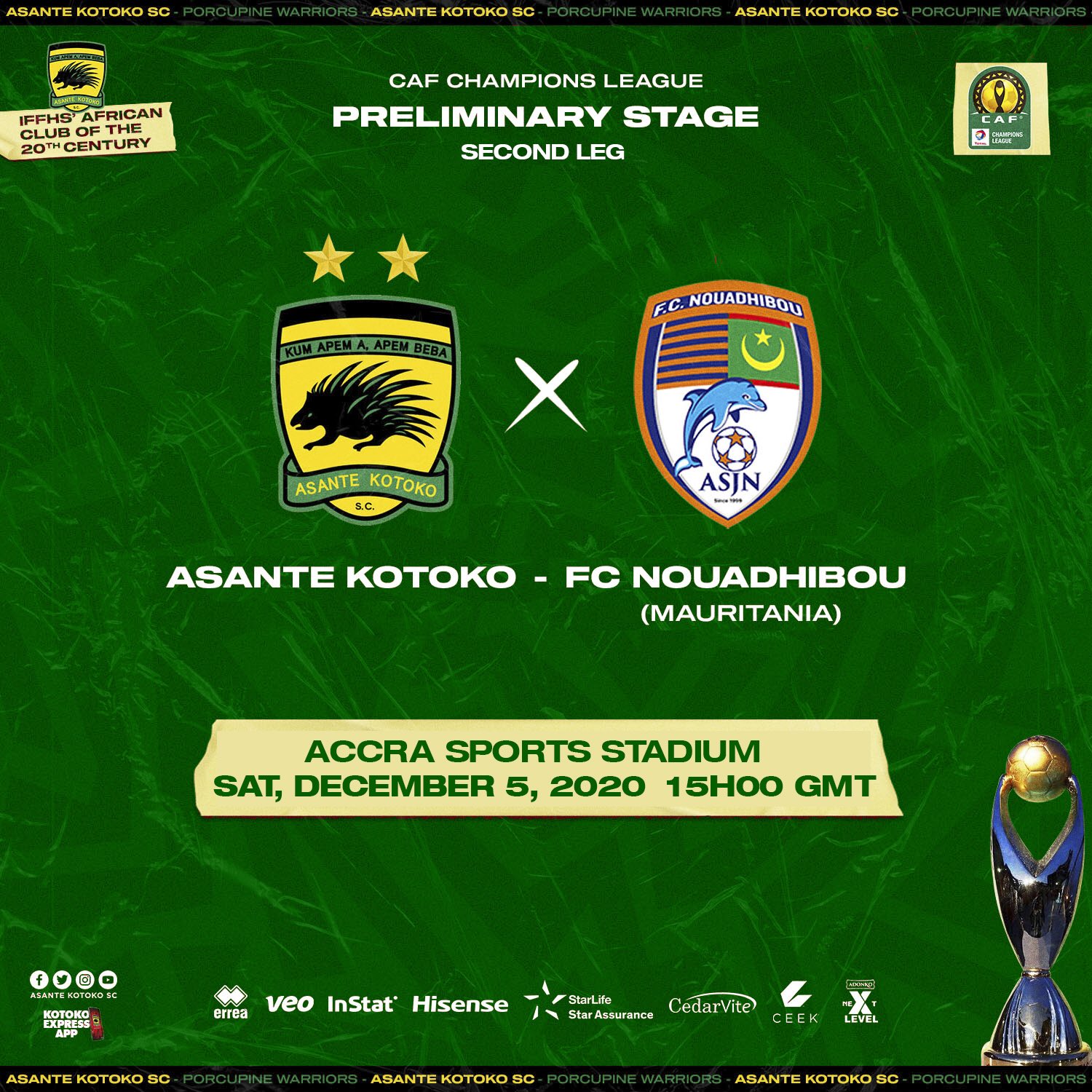 Asante Kotoko have confirmed that the reverse fixture against FC Nouadhibou in the CAF Champions League will be streamed live on Ceek.com this weekend.

The Porcupine Warriors club visited Mauritania last weekend for the first of the two-legged tie against the preliminary stage opponent of the elite continental inter-club competition.

At the end of an action-packed encounter, Asante Kotoko earned a 1-1 draw and go into the second leg with an away goal advantage.

According to a post on the Twitter page of the club today, the upcoming second leg with FC Nouadhibou will be streamed on Ceek.com for fans to have the chance to watch.

The firm is now set to stream the first Asante Kotoko match of the 2020/2021 season this weekend when the team faces FC Nouadhibou at the Accra Sports Stadium.

Game will be Live on https://t.co/YwBVUrd1aQ ?