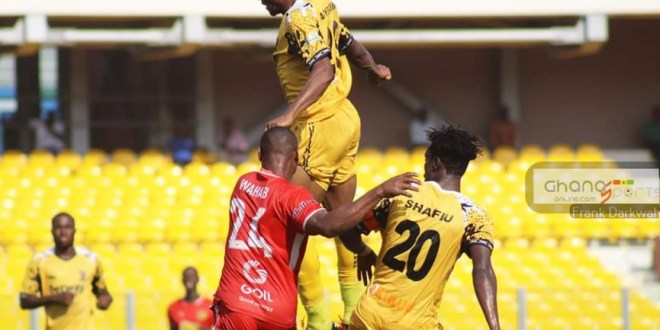 Ghanaian giants, Asante Kotoko and Ashanti Gold SC will be involved in a titanic clash this weekend when they battle for points on matchday 28 of the Ghana Premier League season.

The ongoing 2020/2021 Ghanaian top-flight league is set to continue this weekend with a lot of exciting matches to look forward to.

In the Ashanti Region on Sunday, the attraction will be at the Obuasi Len Clay Sports Stadium where rivals Asante Kotoko and Ashanti Gold SC are scheduled to lock horns.

With three big points up for grabs, the Porcupine Warriors and the Miners are expected to be involved in a fierce contest.

The preview of the game reveals that both teams are not in the best of forms. For Asante Kotoko, the team’s dip in form has seen them draw all three of their last three matches.

Struggling to win games, they will come up against and Ashanti Gold side that has declined to the extent that they have lost three matches in the last five matches.

Owing to the fact that both teams really need the three points, the upcoming match is one that fans will love to see.

Fortunately for Asante Kotoko, Razak Abalora and Ismail Ganiu have been released from the Black Stars camp and will be available for selection.

Footballghana.com predicts a hard-fought victory for Asante Kotoko with at least two goals.

The big game set to be played at the Len Clay Sports Stadium on Sunday will kick off at 15:00GMT.