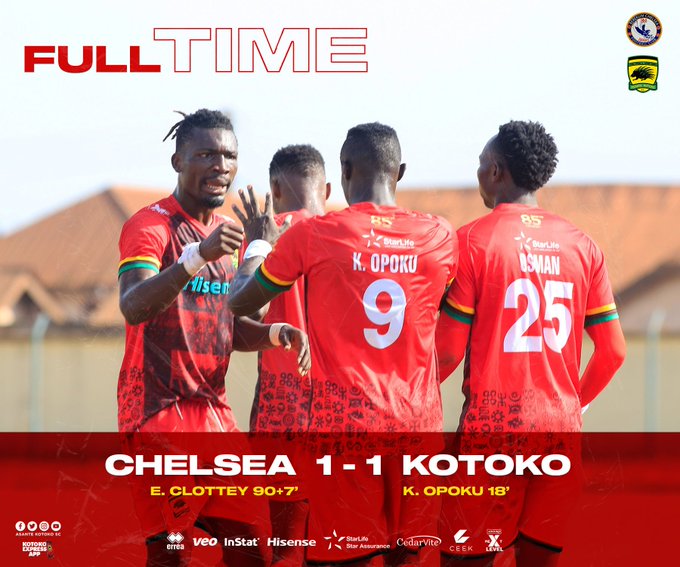 Asante Kotoko have been forced to share the spoils with Berekum Chelsea in the Ghana Premier League today following a 1-1 draw with the team.

Nickname the Porcupine Warriors, the team was held to a surprising draw at the Accra Sports Stadium by Techiman Eleven Wonders last Sunday on the opening weekend of the new season.

Hoping to record the first win today, Asante Kotoko played as a guest to Berekum Chelsea this afternoon keen to carry the day.

The team had a good first half and went into the break with a deserved lead courtesy of a strike from Kwame Opoku after he was assisted by Osman Ibrahim.

After recess, the Ghanaian giants continued to dominate in search of a second goal to serve as insurance.

Unfortunately, their effort failed to yield results, seeing them concede through a strike from veteran forward Emmanuel Clotted in added time of the second half.

As a result of today's stalemate, Asante Kotoko remains without a win in the Ghana Premier League having played 2 games.