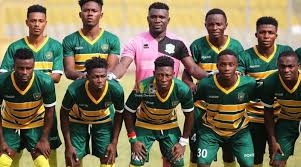 The team from Cape Coast has had a decent spell in the Ghana Premier League so far this season.

Today, they face a tough task against Asante Kotoko, a team that has been in good form in their last five matches.

Determined to pick up a positive result at the end of the 90 minutes, Ebusua Dwarfs head coach Ernest Thompson has named what could be termed as his best team.

The starting eleven has Razak Issah in the post with experienced midfielder Dennis Korsah handed a massive role to drive the team.

Below is the Ebusua Dwarfs starting eleven for the Asante Kotoko match scheduled to kick-off at 15:00GMT at the Cape Coast Stadium. 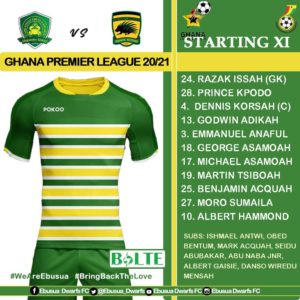