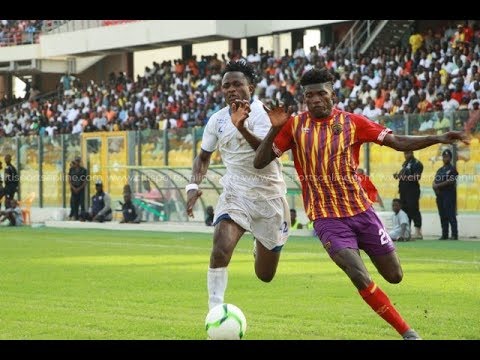 Elmina Sharks host Hearts of Oak later this afternoon in a fixture in the Ghana Premier League that has been set-up to provide a lot of fireworks.

The club in the Central Region has been inconsistent this season but remains one of the tactically disciplined teams.

Under the guidance of coach Yaw Acheampong, Elmina Sharks in the last five matches has recorded two wins in games against Inter Allies FC and defending champions Aduana Stars.

With the other matches ending in two defeats and a draw, Elmina Sharks now goes up against Hearts of Oak keen on picking up a win.

The match is however not expected to be a walk in the park for the Elmina team. The opponent Hearts of Oak have significantly improved their game under new head coach Kosta Papic in the last five matches.

Last weekend, the Phobians thrashed league leaders Bechem United 6-1 to confirm their ruthlessness in-front of goal under the Serbian tactician.

Today, the Phobians will go into the match against Sharks also poised to record a win to add consistency to their game.

If he gets to play today, he is likely to make the difference for coach Kosta Papic’s team.