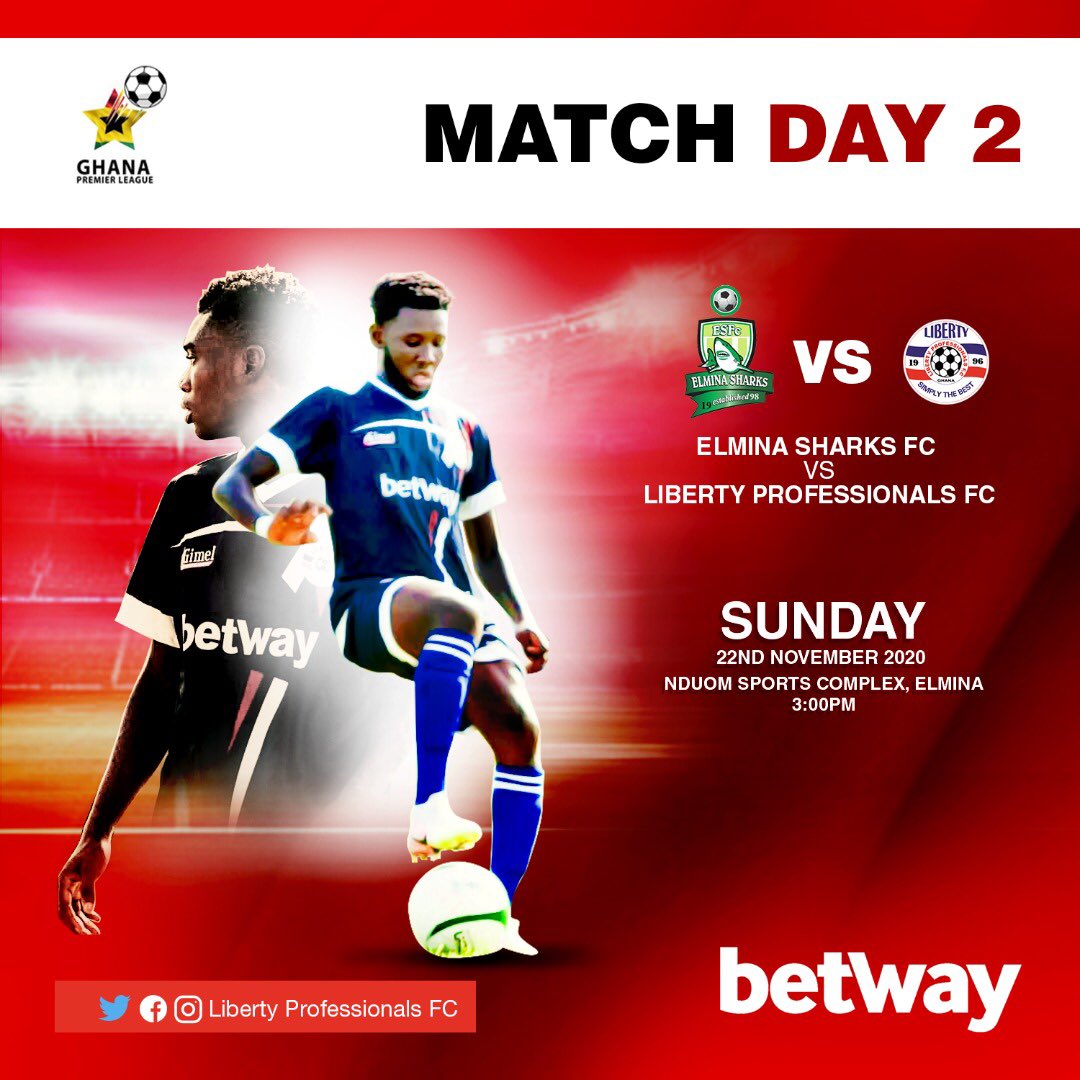 After respective opening day draws on Matchday 1 of the 2020/2021 Ghana Premier League season, Elmina Sharks and Liberty Professionals are set to lock horns on Sunday to fight for a first 3 points of the campaign.

In what was a Fante Derby against Ebusua Dwarfs at the Cape Coast Stadium, a late goal from goalkeeper Razak Issah denied Sharks what would have been a 2-1 comeback win.

For the opponent this weekend, Liberty Professionals drew 1-1 against Bechem United at the Carl Reindorf Park in a game that produced an interesting match-up.

Now set to face off at the Nduom Park, both teams will be gunning for victory to ensure they bag their first maximum points of the new campaign.

Richard Mpong – Since last season, the attacker has been outstanding for Elmina Sharks and will be expected to be key for the side in the game against Liberty Professionals.

If he displays good form on the Matchday, a win should be in sight for the Elmina-based club.