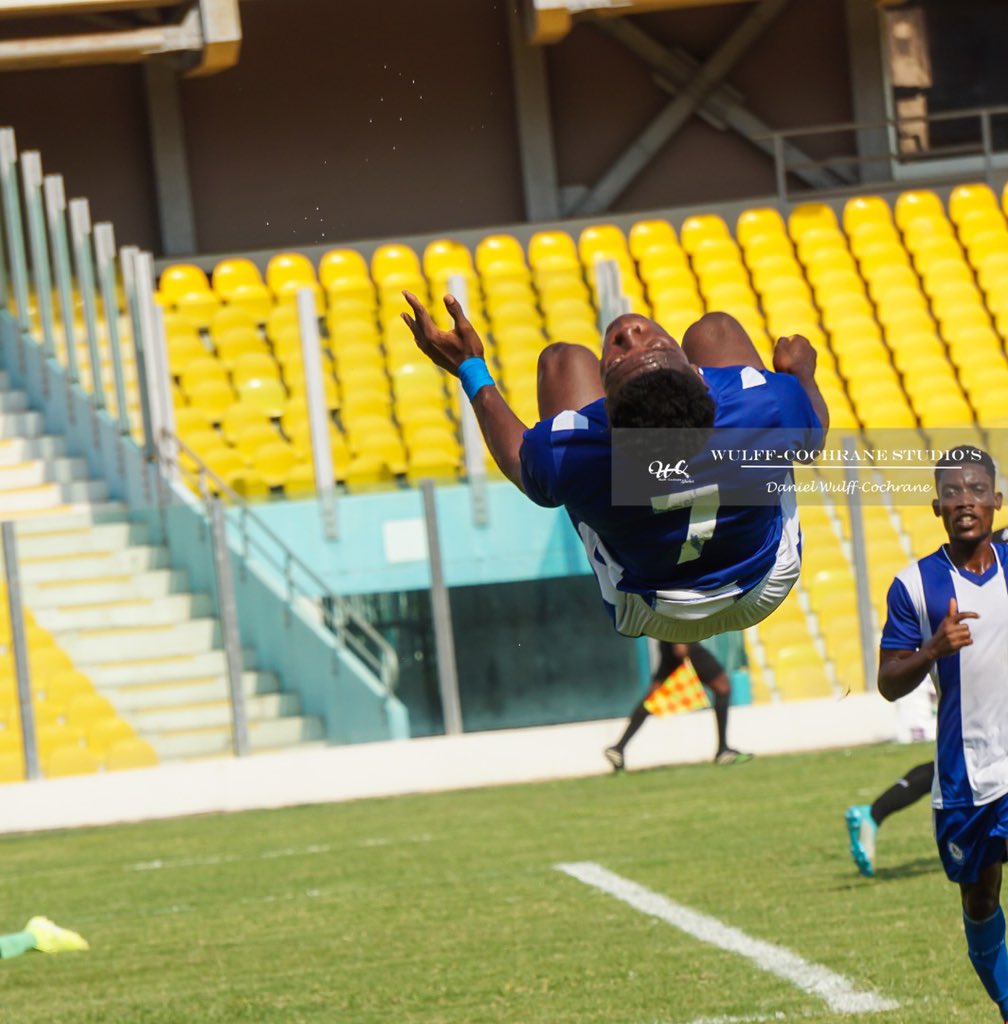 Great Olympics on Friday afternoon put up a delightful performance to defeat Inter Allies 2-0 in the Ghana Premier League.

The two clubs based in the capital locked horns at the Accra Sports Stadium to battle for honours in the derby.

Following a bright start to the match, young attacker Maxwell Nii Abbey converted a penalty kick in the 9th minute to shoot Great Olympics into the lead.

Although Inter Allies FC will come in strong after going down, they could not equalize and went into the break trailing by the loan goal.

After recess, both teams staged a strong performance in a bid to get on the scoresheet for different reasons.

Unfortunately for Inter Allies FC, they were shot in the foot in the 80th minute when they conceded a second penalty of the afternoon.

With Maxwell Nii Abbey stepping up to take responsibility, he converted with ease to hand Great Olympics a deserved 2-0 lead.

In the end, the two goals from the young attacker has helped the ‘Dade Boys’ to cruise to victory to merit all three points.

The win means that Great Olympics climbs to third on the Ghana Premier League standings with Inter Allies still stuck in the relegation zone.