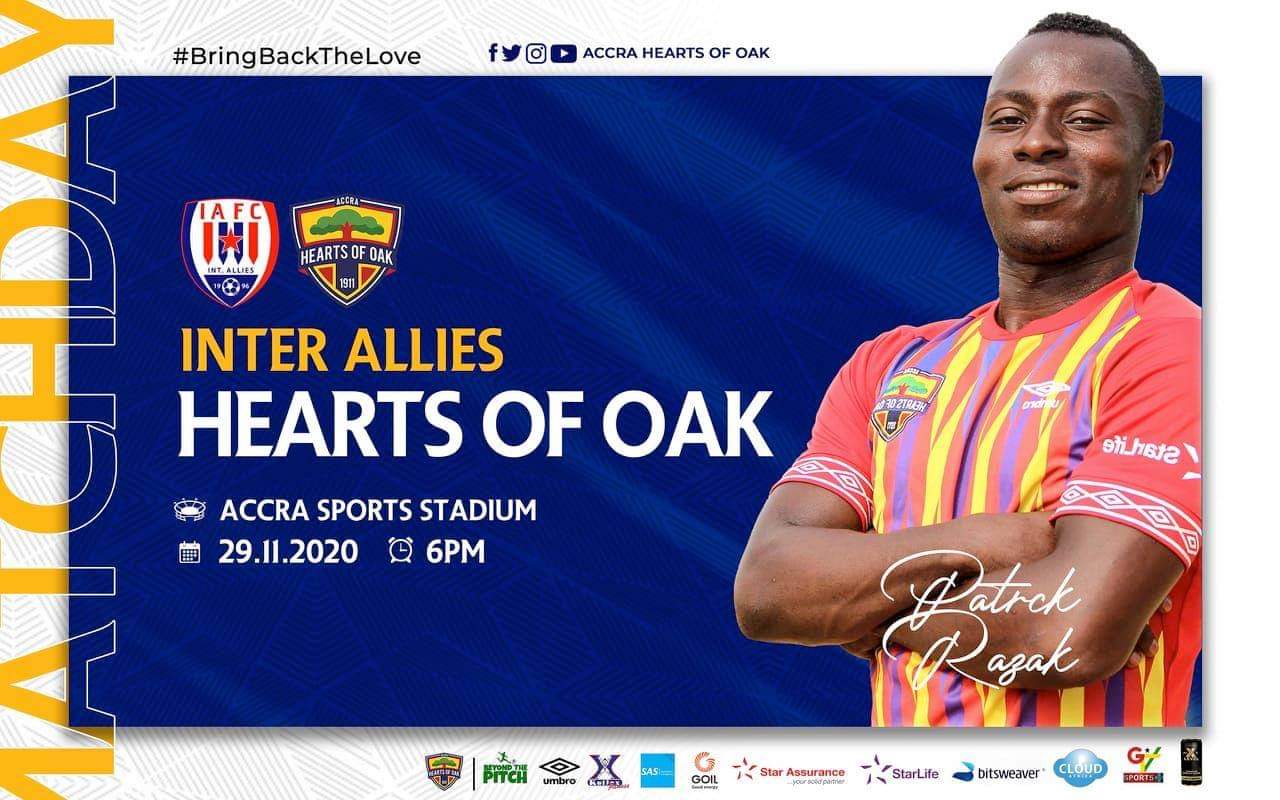 Capital-based clubs, Inter Allies FC and Hearts of Oak will go head to head later this afternoon to honour a date on Matchday 3 of the 2020/2021 Ghana Premier League season.

The Phobians go into the fixture sitting 3 places above the Capelli Boys even though the side has played just one match.

Inter Allies in their first two matches of the new football season have drawn and lost, results that see the team sitting 17th on the standings of the division and in need of a turnaround.

While that is expected to serve as a motivation, Hearts of Oak will also gun for the win to ensure they amass all 3 points to have a very good start to a campaign where they are aiming to lift the Premier League title at the end of the season.

Last season, the only encounter between the two teams before the campaign was truncated as a result of the Coronavirus pandemic ended in a 1-1 stalemate at the Accra Sports Stadium.

Later this evening at the same match venue, the teams are expected to give it their all to shape their season in the Matchday 3 fixture.

Kick-off has been scheduled to 18:00GMT under floodlight.

Ahead of today’s fixture, he has been tipped to be the main man for the Phobians and could well decide the outcome of the game.