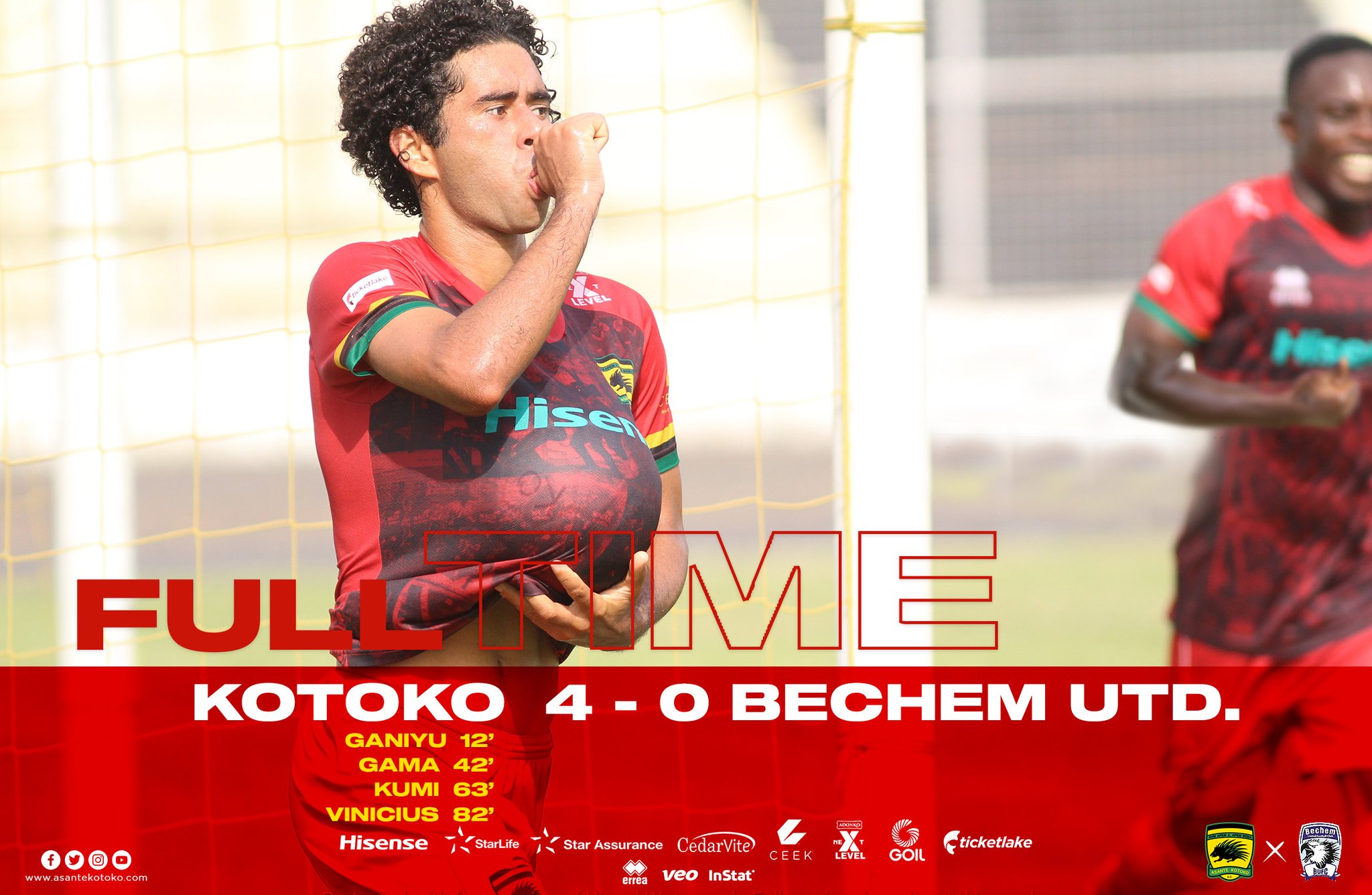 Giants Asante Kotoko have increased their chances of winning the Ghana Premier League title after beating Bechem United on Wednesday afternoon to climb to third on the log.

The Porcupine Warriors club after a slow start to the league season has managed to pick up after a change in managers.

Currently coached by Portuguese tactician Mariano Barreto, the club remains optimistic about its chances of winning the league title at the end of the 2020/2021 football season.

Today, Asante Kotoko hosted Bechem United at the Obuasi Len Clay Sports Stadium to clear an outstanding match from the first round of the campaign.

The win sees the record league champions moving to third on the league table and just two points behind leaders Great Olympics.