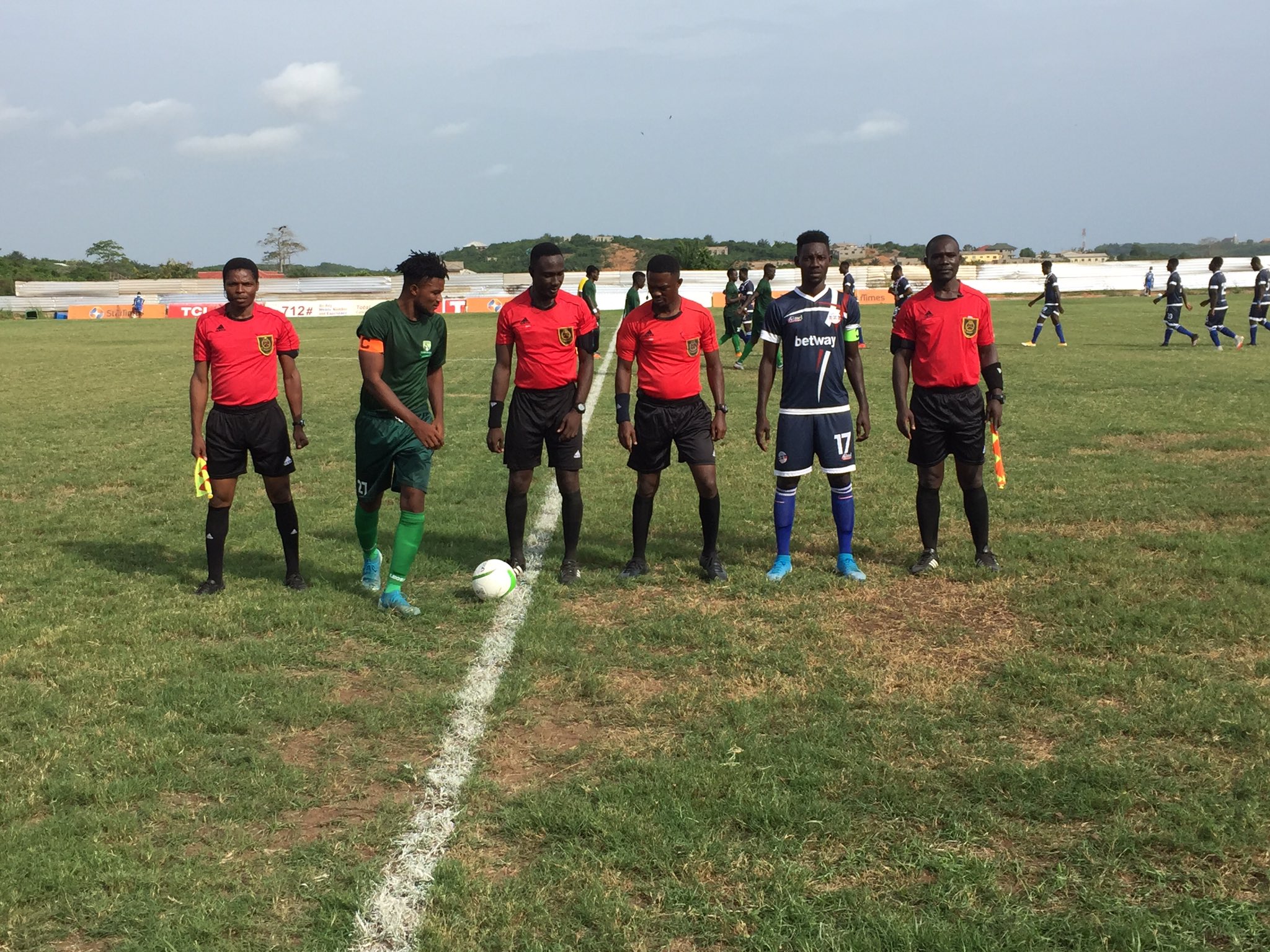 Liberty Professionals on Sunday afternoon earned a draw with Elmina Sharks on the road on the back of a good second-half performance.

The Dansoman-based club today visited the Paa Kwesi Nduom Park to honour a Matchday 2 fixture of the 2020/2021 Ghana Premier League season against the Central Region side.

On the Matchday, Elmina Sharks proved to be the better side in the first half and deservedly led at the break courtesy of a strike from danger man Benjamin Tweneboah.

In the second half, Liberty Professionals kept believing and pushed to find a way back into the game.

After asking a lot of questions from the home team, the away side finally scored through a strike in the 89th minute from Kwaku Karikari to merit a hard-earned draw at the end of the 90 minutes.