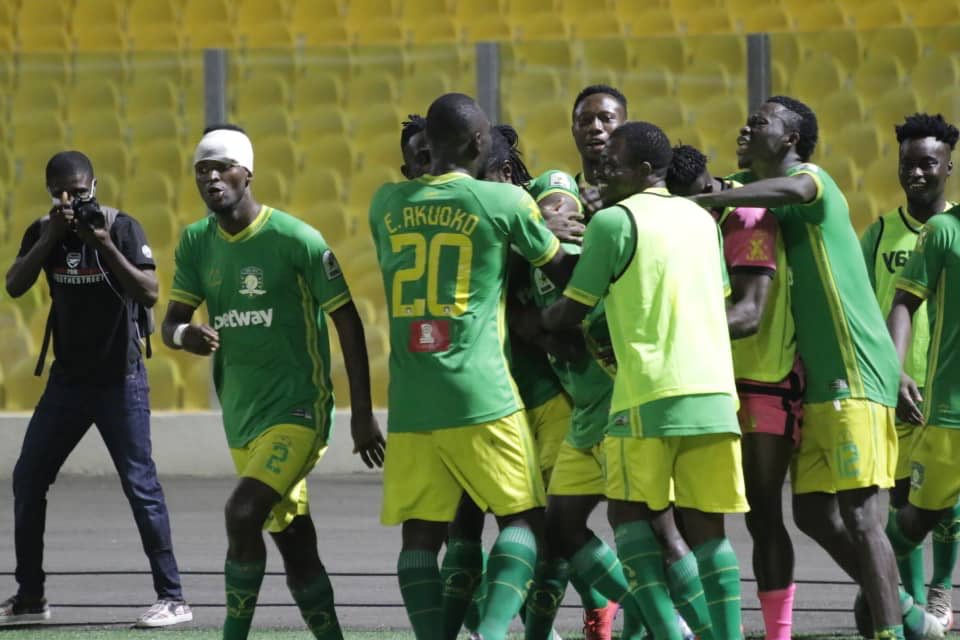 A solitary strike from midfielder Samuel Bioh has handed Aduana Stars a narrow 1-0 win over Asante Kotoko in the Ghana Premier League this evening.

The defending champions of the league today played as a guest to the Porcupine Warriors club at the Accra Sports Stadium in a match that is serving as a matchday 10 encounter of the 2020/2021 campaign.

On the matchday, the fierce contest that ensued between the two teams live up to expectations but only produced one goal.

The equalizer which was scored by midfielder Samuel Bioh came in the second half in the 74th minute on the back of several attempts of asking by the Aduana Stars team.

Prior to the goal through, Asante Kotoko had a penalty shout ignored and created some decent goal scoring opportunities as well.

Eventually, with the Reds not able to find the back of the net, they have been condemned to a defeat with Aduana Stars picking up the maximum three points.