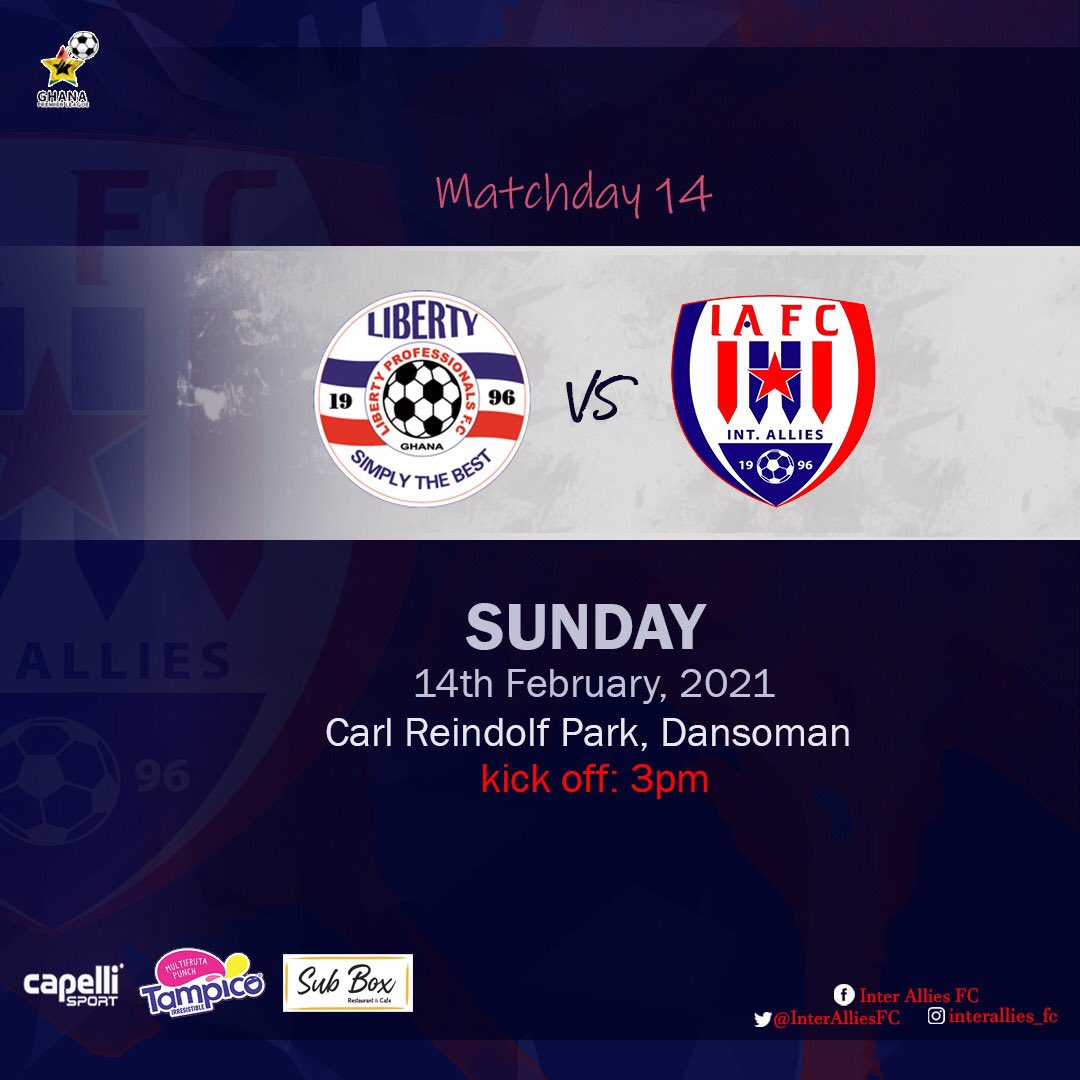 Liberty Professionals will on Sunday, February 14, 2021, play host to Inter Allies FC in a matchday 14 fixture of the Ghana Premier League this season.

The Scientific Soccer lads in their last outing recorded a massive 1-0 win against Ashanti Gold SC on the road having failed to win in any of their previous five matches.

Now with their winning mentality back, Liberty Professionals are hoping to continue the good run when they take on Inter Allies FC today.

The opponent is on a dry run with all their last five matches ending in a defeat. Although Inter Allies FC will be playing on the road, they look poised to give it their all to pick the maximum three points.

With both teams itching to get points, today’s clash is expected to be keenly contested.

In the preview to the match, not many goals are expected in this game with Liberty Professionals having the advantage over Inter Allies FC.