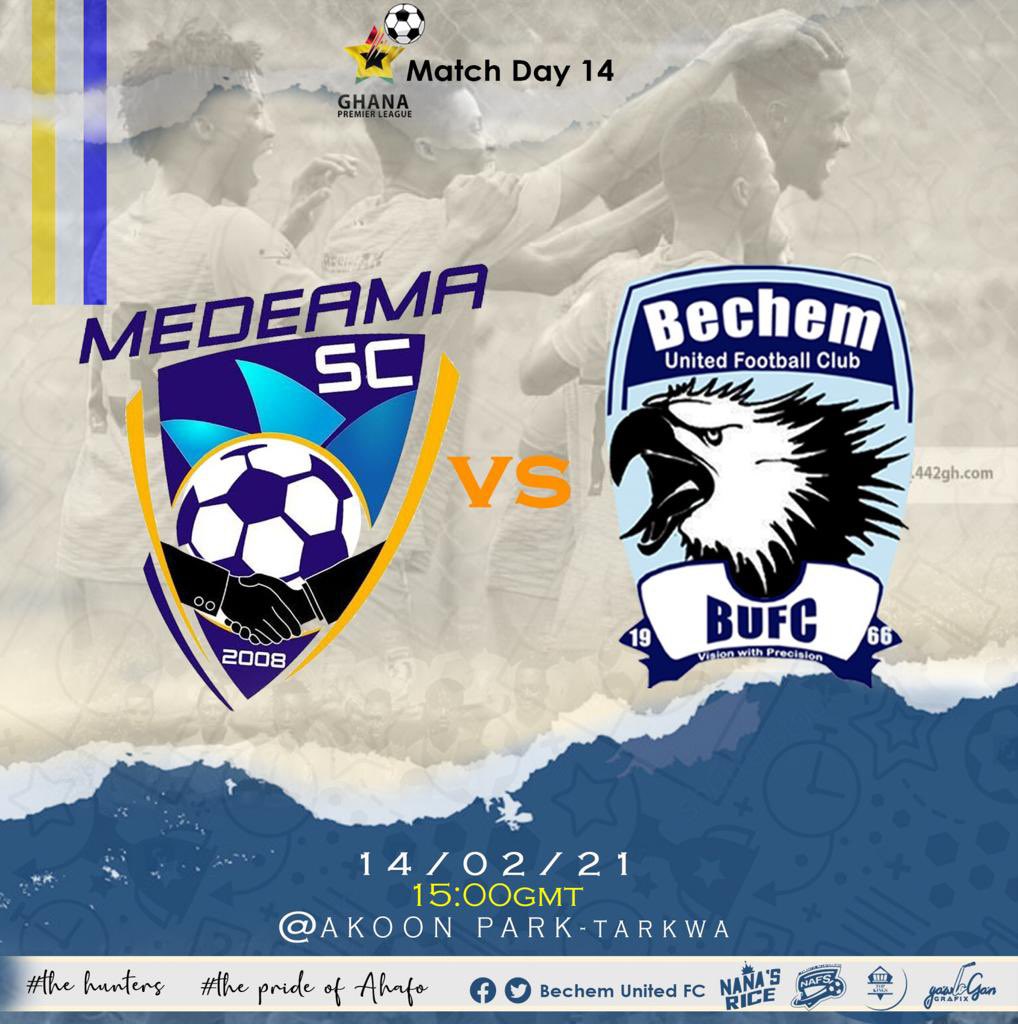 Medeama SC is set to lock horns with Bechem United on Sunday, February 14, 2021, at the Akoon Park in Tarkwa in what is serving as a matchday 14 clash of the Ghana Premier League season.

After several weeks, the 2020/2021 Ghanaian top-flight league has steadily progressed and heading to the end of the first half of the campaign.

This weekend, all but one of the scheduled 9 matches will not be played. Amongst the games set to come off, Medeama SC is expected to play host to Bechem United later this afternoon.

The Yellow and Mauves in their last match suffered a narrow defeat to King Faisal and now want to immediately bounce back.

They however face a tough test in Bechem United, a side that has impressed this season and in the race to win the Ghana Premier League title if they can stay consistent.

In this preview, the footballghana.com team tips both teams to give it their all in search of the maximum points at stake.

Hafiz Wontah Konkoni – The Bechem United poster boy has been a delight to watch since the start of the season and is expected to be key if his team is to pick a point from today’s fixture. His eye for goal means he could easily change the game in favour of his team at any moment.