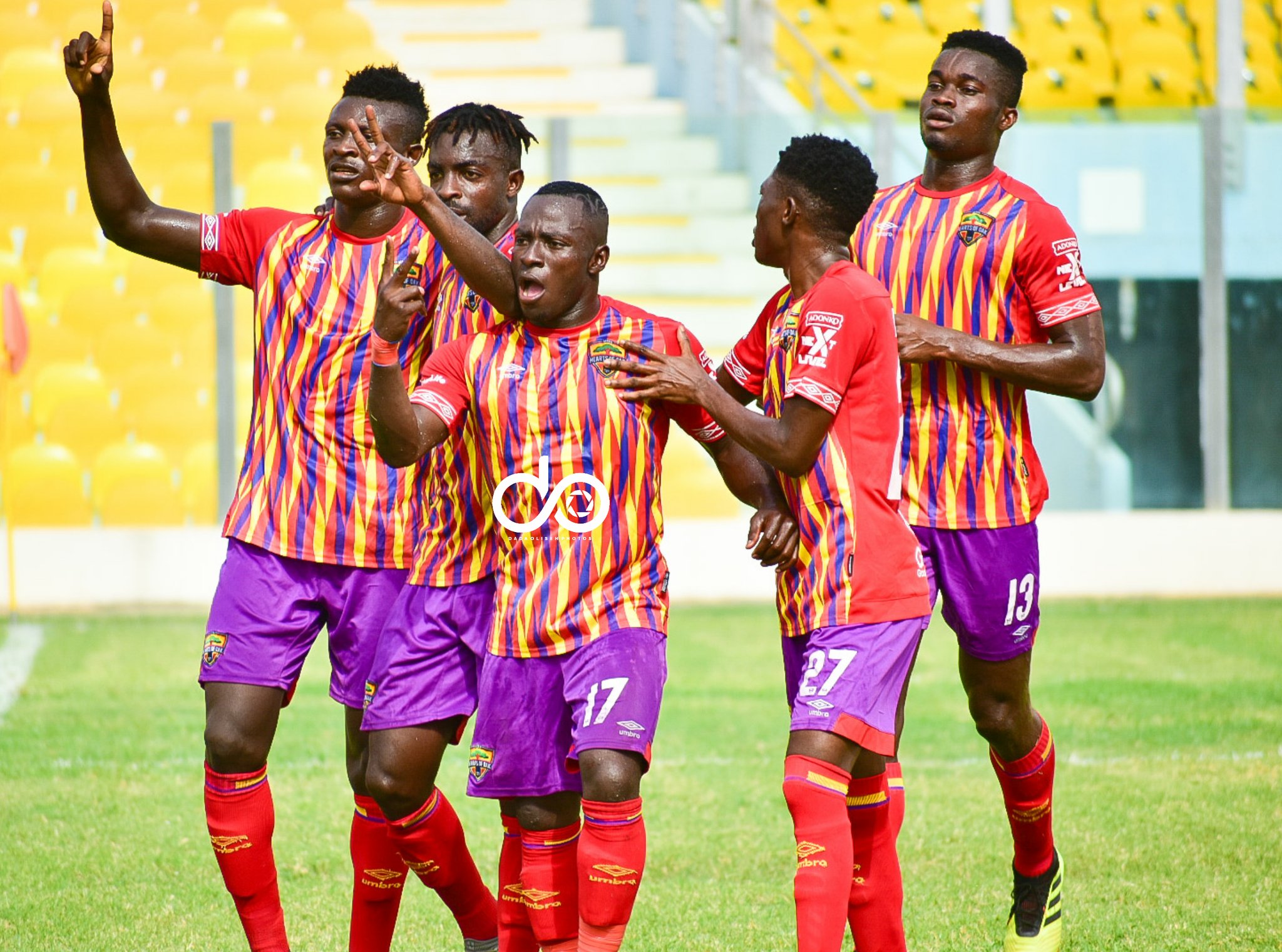 Young striker, Isaac Mensah scored a late goal on Sunday afternoon to hand Hearts of Oak a 3-2 win against Ebusua Dwarfs in the Ghana Premier League.

The Phobians after a difficult past week hosted the side from Cape Coast at the Accra Sports Stadium today for a matchday 15 encounter in the 2020/2021 Ghana Premier League season.

Following a bright start to the match, the home team had a two goal advantage after the first 20 minutes courtesy of goals scored by striker Victor Aidoo from the penalty spot.

Chasing the game, Moro Sumaila scored on the stroke of halftime to half the deficit for Ebusua Dwarfs.

After recess, the visitors continued to push and managed to draw level in the 77th minute through a penalty kick converted by captain and talisman Dennis Korsah.

With the game heading to a draw, Hearts of Oak pushed and eventually grabbed the win with substitute Isaac Mensah finding the back of the net with a smart finish in added time.