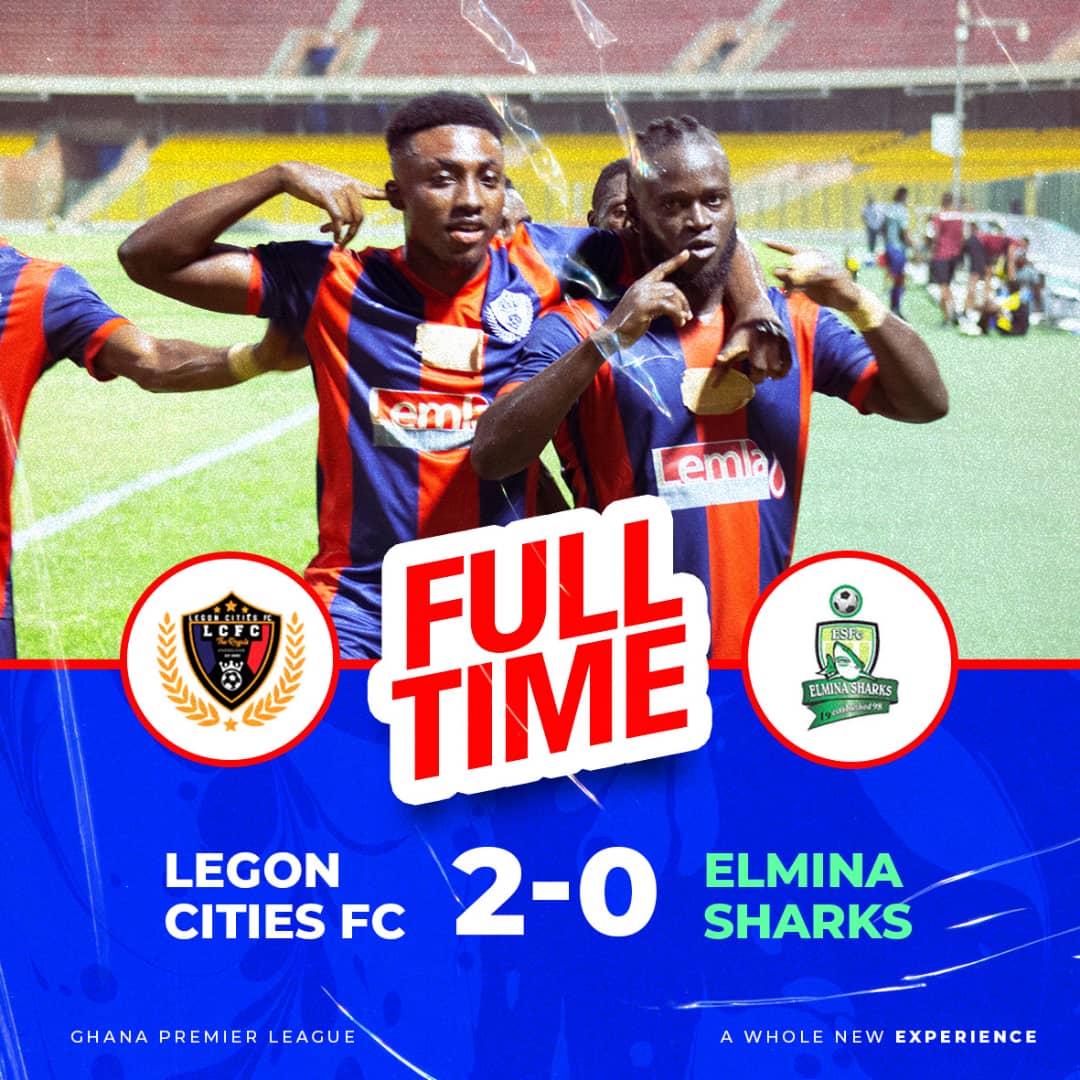 A brace from experienced striker Hans Kwofie has powered Legon Cities FC to a massive 2-0 win over Elmina Sharks in the Ghana Premier League.

The former goal king of the Ghanaian top-flight league was signed by the Royals recently from Ashanti Gold SC to strengthen their squad on the back of difficult start to the league season.

Today, Hans Kwofie was started by coach Bashir Hayford when Legon Cities FC hosted Elmina Sharks on matchday 16 of the 2020/2021 campaign at the Accra Sports Stadium.

The striker put in a good shift as his Man of the Match performance steered the home team to cruise to victory.

On the matchday, goals from the striker in the 27th minute and 48th minute ensured that Legon Cities amassed the maximum points after a 2-0 win.

As a result of the victory, Legon Cities FC have climbed out of the relegation zone of the league table and now sits 13th.