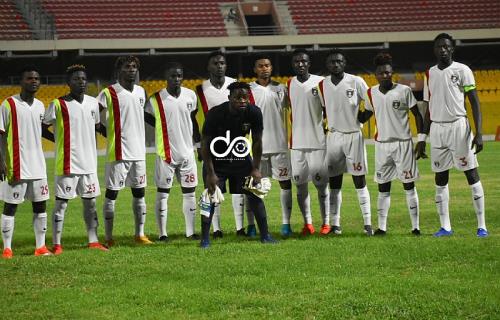 The team from Techiman in the past months have struggled for form and at a point looked like they would finish the first half of the 2020/2021 league season in the relegation zone.

Facing off with a revived Legon Cities FC side on Sunday afternoon, Eleven Wonders have gotten the job done to ensure they stay on course to climbing to the top half of the league table.

On the matchday, the first half of the encounter between the two teams failed to produce a goal although a number of chances were created.

After recess, Eleven Wonders scored in the 60th minute when Michael Osei found the back of the net of the away team.

Despite threatening on several occasions, Legon Cities FC could not score and in the end, have suffered a narrow defeat on the road.