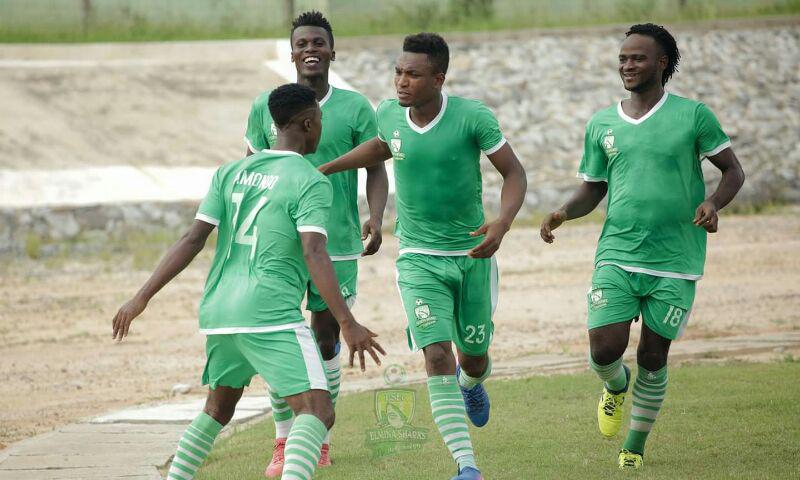 Elmina Sharks on Friday evening defeated Asante Kotoko 1-0 to end a run of 6 games without a win in the Ghana Premier League.

The Sharks today hosted the side from Kumasi at the Paa Kwasi Nduom Sports Stadium for a matchday 17 fixture of the ongoing 2020/2021 Ghanaian top-flight league.

Prior to today’s game, the home team had failed to win after six times of trying with a record of three draws and three defeats in that process.

In the hands of interim head coach Nii Odartey Lamptey, Elmina has managed to end that run in a tough encounter against a tough Asante Kotoko side.

On the matchday, Mustapha Alhaji netted the only goal of the match in the 55th minute on the back of a stalemate from the first half.

Although the final 30 minutes of the match produced a lot of end-to-end action, Asante Kotoko could not find the back of the net and hence have lost an away match for the first time in the Ghana Premier League this season.