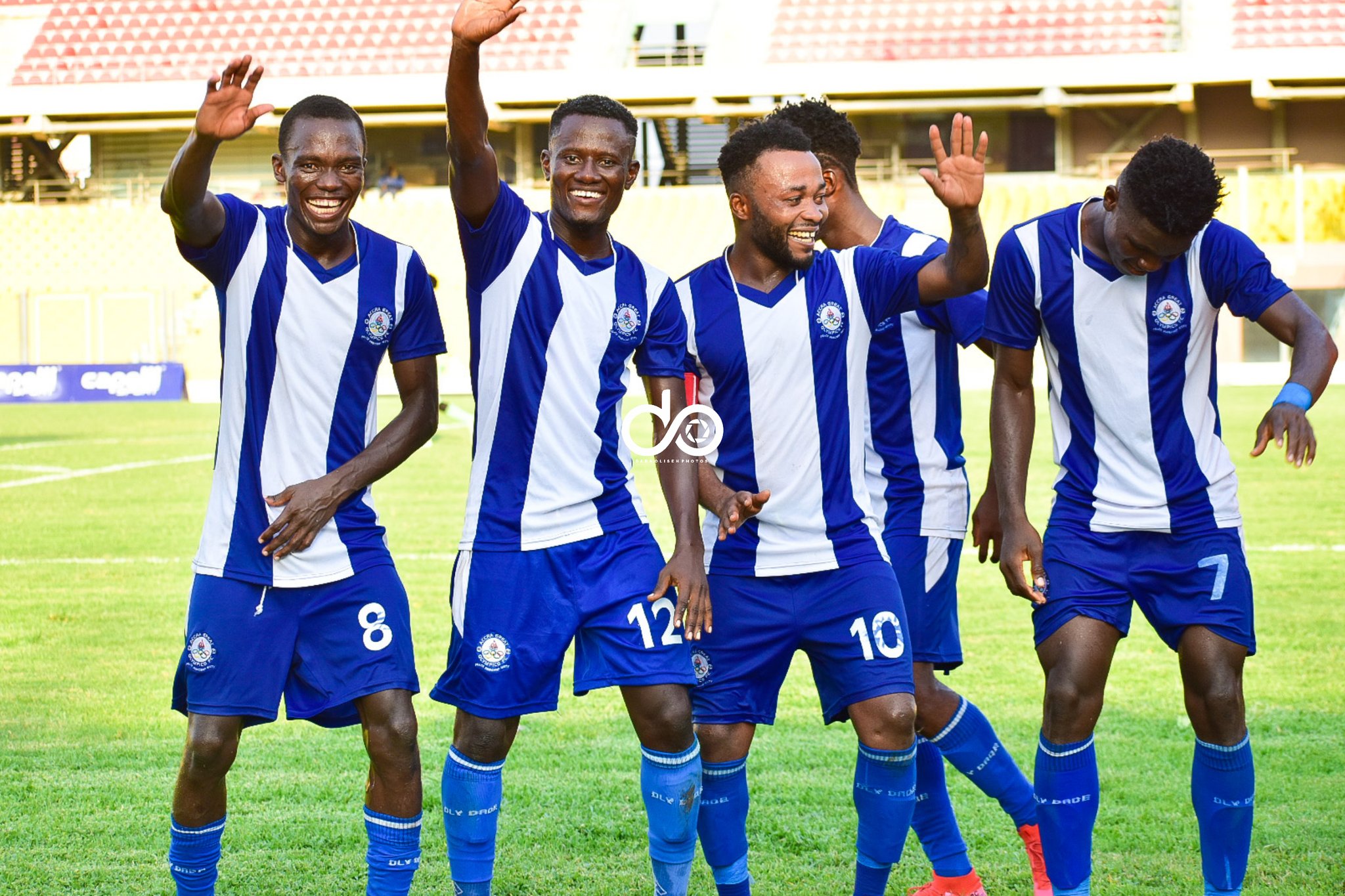 Great Olympics have climbed to second on the Ghana Premier League table after earning a 1-0 win against Dreams FC on Sunday afternoon.

The two exciting clubs today locked horns at the Theatre of Dreams in Dawu to battle for three points on matchday 17 of the ongoing 2020/2021 Ghanaian top-flight league season.

Going into the game in decent form respectively, both Dreams FC and Olympics believed they could pick the maximum points at the end of the game.

In the first half of exciting contest, neither side could score and as a result settled for a draw at the break.

On the back of a spirited performance in the second half, Great Olympics has emerged victorious courtesy of a solitary strike from Thomas Acquah in the 49th minute.

The capital-based club hence finishes the first half of the Ghana Premier League season occupying the second spot on the league table.

For Dreams FC, they have dropped to 5th.