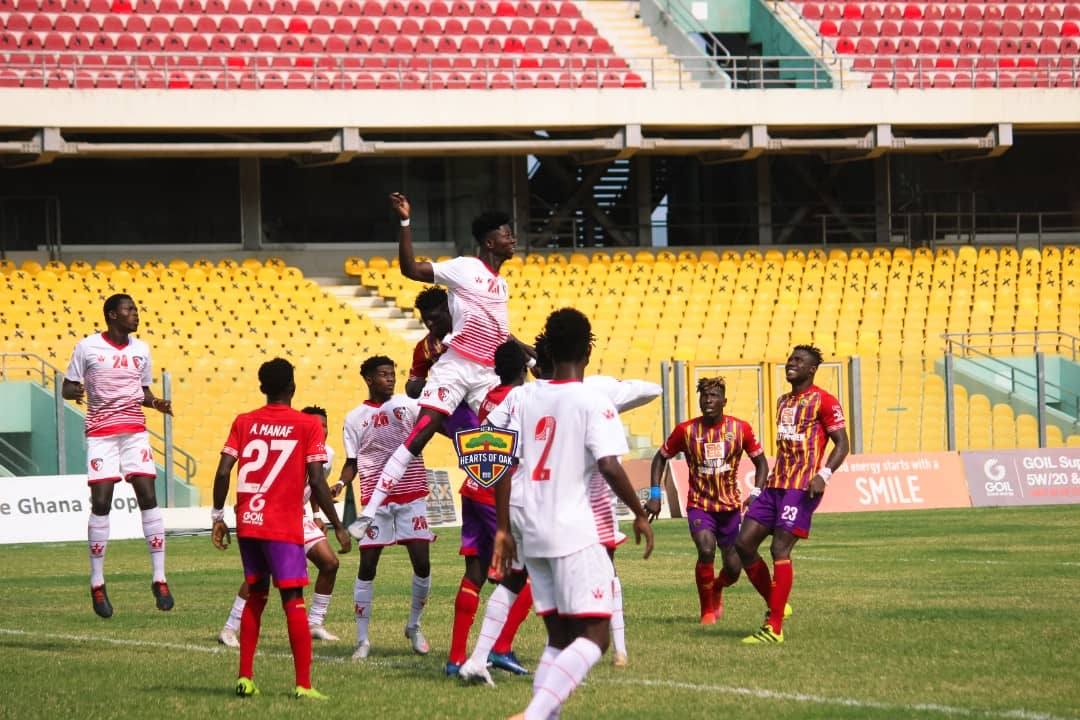 Hearts of Oak on Sunday afternoon posted a 4-0 emphatic win over WAFA SC at the Accra Sports Stadium on Matchday 17 of the Ghana Premier League season.

The Phobians today hosted the side from Sogakope in Accra with new head coach Samuel Boadu on the touchline.

After some end to end action in the first 20 minutes, WAFA SC had a man sent off giving Hearts of Oak the advantage in personnel.

Capitalising on the advantage, the home team piled pressure on the visitors and led at the break courtesy of a strike from winger Patrick Razak.

In the second half where Hearts of Oak continued to dominate, the team scored three times through Isaac Mensah, Raddy Ovouka, and Michelle Sarpong.

Today’s win sees Hearts of Oak climbing to fourth on the Ghana Premier League table and with a good chance to challenge for the title in the second half of the season.