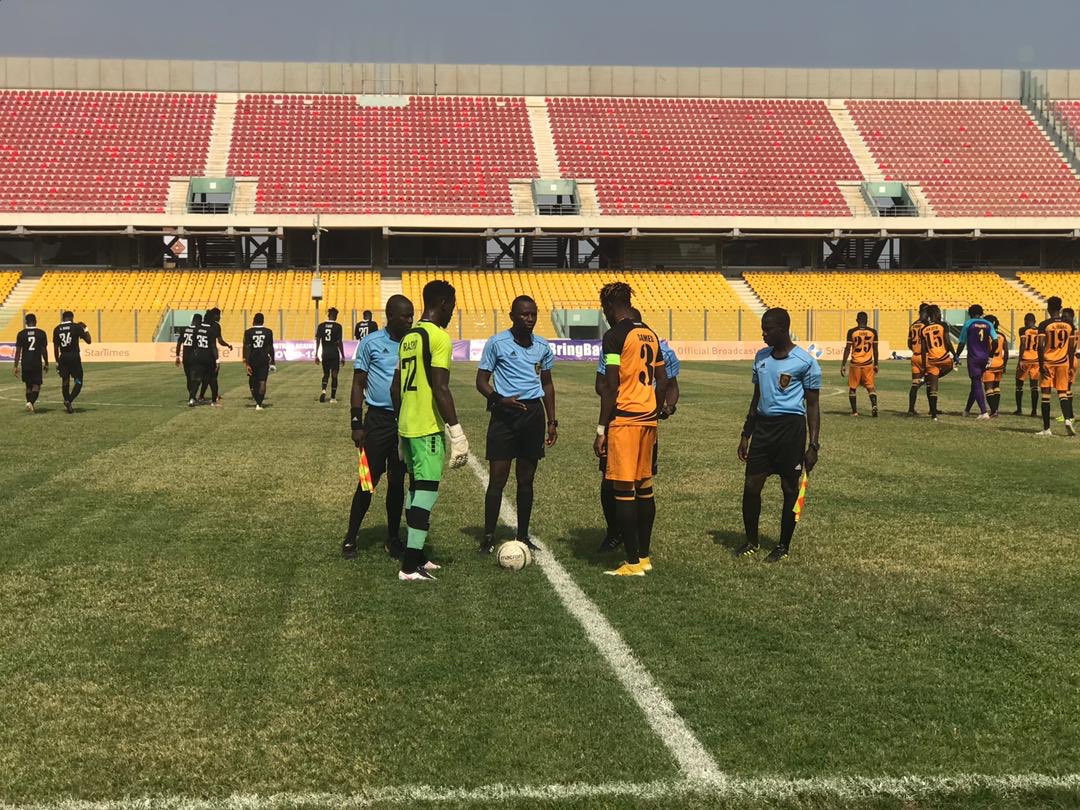 The two teams today locked horns at the Accra Sports Stadium to battle for a win to earn the maximum points from a match that is serving as a matchday 17 fixture of the campaign.

Canceling the tactics of each other in the first half, neither side could find the back of the net and had to settle for a draw.

Resuming the break in explosive fashion, Inter Allies FC dominated play and made the most out of it by creating some decent chances.

Taking advantage of one in the 62nd minute, Richard Lamptey scored with a fine effort to shoot Inter Allies FC into the lead.

Unfortunately for the side, they could not hold on and allowed Ashanti Gold SC to get back into the game.

An equalizer from Boadu Dacosta in the 76th minute meant that the game ended 1-1 at the end of the 90 minutes.