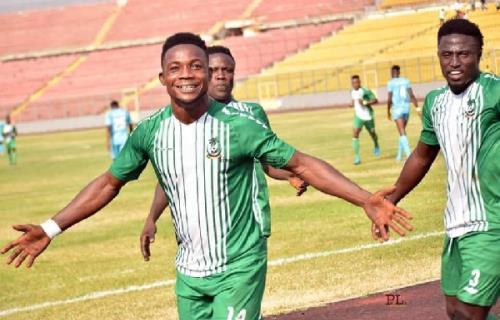 A penalty kick converted by Kwame Peprah has handed King Faisal a narrow 1-0 win against Liberty Professionals in the Ghana Premier League.

The team from Kumasi today hosted the matchday 17 opponent of the Ghana Premier League at the Ohene Ameyaw Park to fight for the available three points.

Dominating play in the first half, King Faisal excelled and managed to score six minutes after the half-hour mark.

A penalty awarded to the side was converted by poster boy Kwame Peprah to shoot the team into the lead at the break.

Although Liberty Professionals will stage a fight in the second half in a bid to get back into the game, they could not score and have hence suffered a narrow defeat at the end of the 90 minutes.

The win sees King Faisal climbing to 16th on the Premier League table while Liberty Professionals drop to 17th.