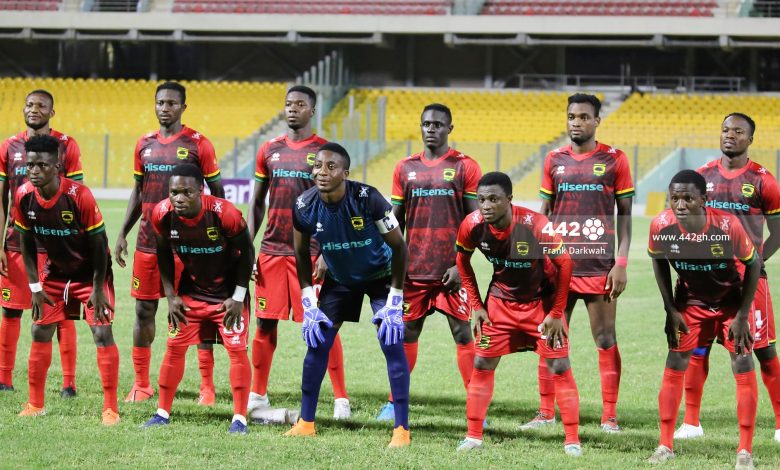 Asante Kotoko head coach Mariano Barreto has named his starting eleven for the match against Techiman Eleven Wonders in the Ghana Premier League this afternoon.

The Porcupine Warriors club is playing as a guest to the Techiman-based club in a fixture serving as a matchday 18 encounter of the 2020/2021 Ghanaian top-flight league campaign.

Ahead of kick-off at 15:00GMT, Kotoko head coach Mariano has named his starting eleven for the game.

Winger Emmanuel Gyamfi starts as the captain with goalkeeper Razak Abalora named in the post.

Latif Anabila and Fabio Gama are paired in midfield with striker Naby Keita leading the attack for the Reds.

Find below the matchday squad for Asante Kotoko to face Techiman Eleven Wonders: 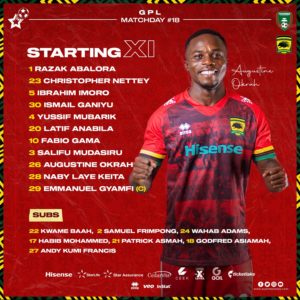 NOTE: Coach Mariano Barreto will be coaching from the stands due to his lack of a work permit. As a result, Coach Johnson Smith will be on the touchline.