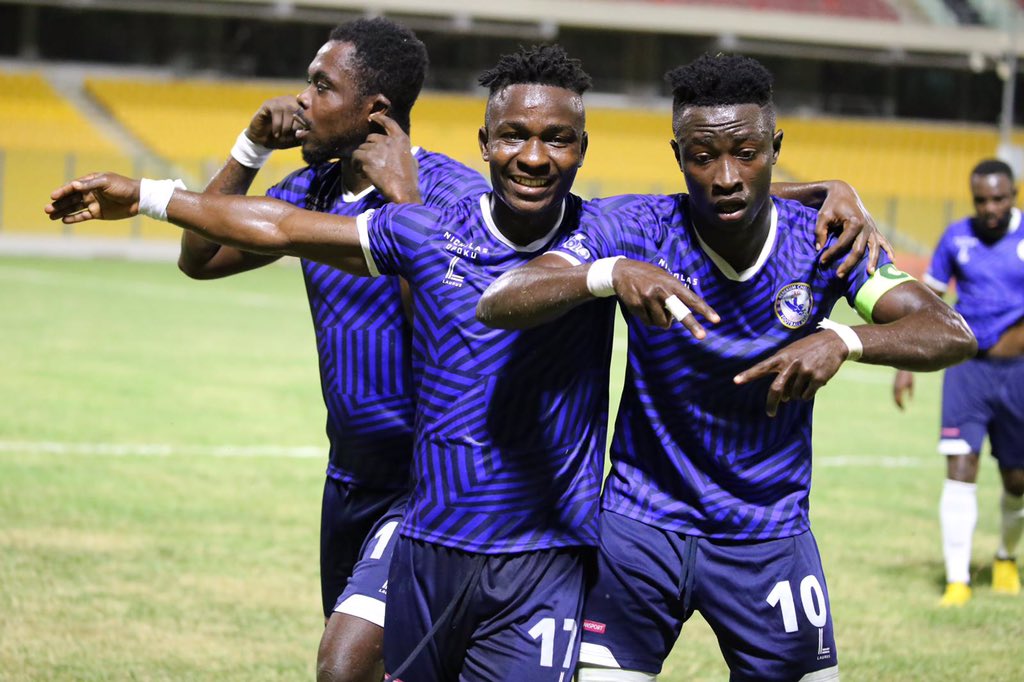 Talented midfielder, Stephen Amankona starred for Berekum Chelsea on Wednesday afternoon when the team cruised to a delightful 3-1 win over Ashanti Gold SC in the Ghana Premier League.

The attacking-minded midfielder has displayed an outstanding form for the Blues in the past month and as a result, has been nominated for the NASCO player of the month award.

Starting for Berekum Chelsea today on matchday 24 of the Premier League campaign, he continued his rich vein of form and got on the scoresheet in the second half.

With that goal complementing goals from Abdul Basit and Paul Attah Agyei, the home team managed to brush aside the visitors with a 3-1 win.

The defeat means that Ashanti Gold SC's hopes of winning the Ghana Premier League this season has suffered a major setback.