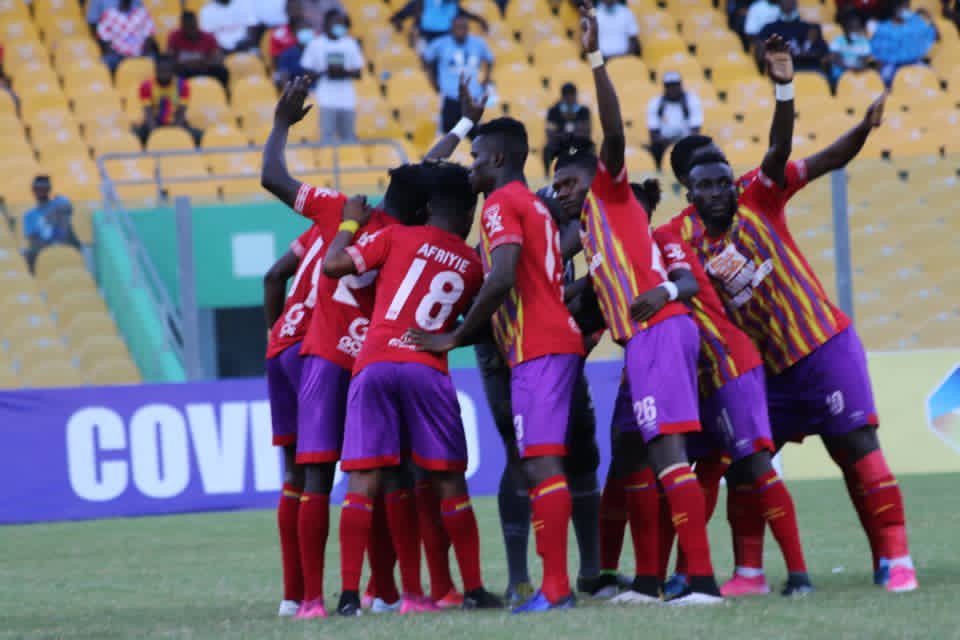 Hearts of Oak have returned to the summit of the Ghana Premier League table despite a 1-1 draw against Great Olympics on Sunday afternoon.

Although the Phobians started the matchday 28 of the Ghanaian top-flight league season on top of the standings, a win by rivals Asante Kotoko in their game against Ashgold SC earlier today saw them being overtaken,

Locking horns with Great Olympics at the Accra Sports Stadium today, Hearts of Oak fought hard as they pushed to win to earn the maximum points to help their course to win the league title.

Although an Isaac Mensah thunder strike will appear to cross the line in the first half, it was not given as a goal.

Later in the second half, Hearts of oak finally had the breakthrough in the 51st minute when Emmanuel Nettey scored to break the deadlock.

Unfortunately for the Phobians, they could not hold on to the finish line with Maxwell Abbey Quaye scoring with a header to draw level for the home team.

The point earned by Hearts of Oak sends the team to the summit of the league table but on the same points as Asante Kotoko [50].