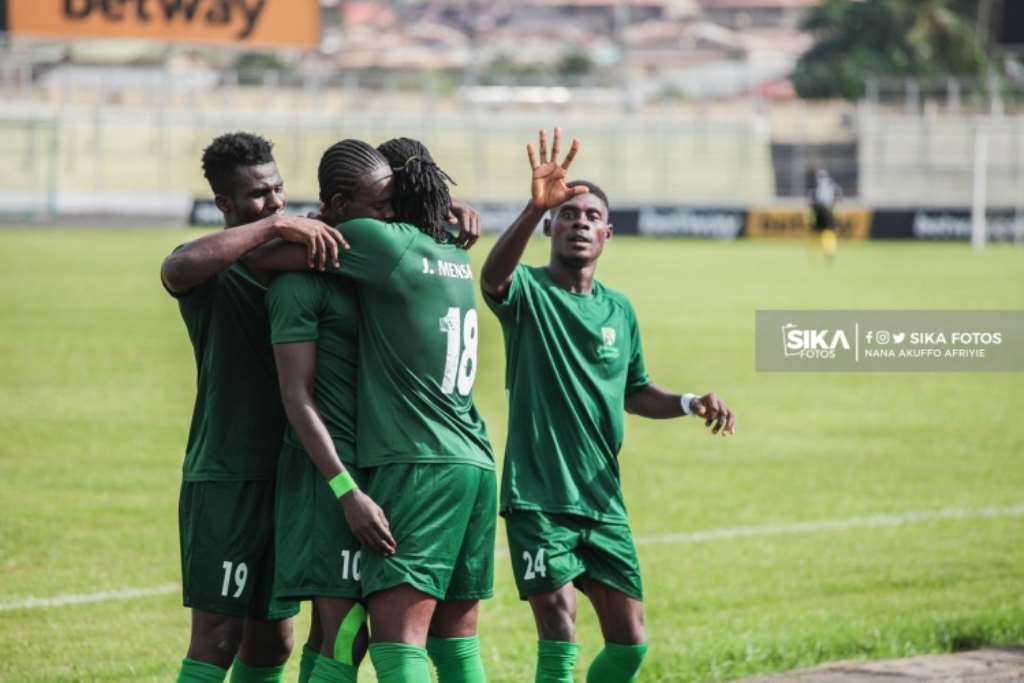 Prior to today’s encounter, the Sharks had gone six matches without a win. In that run, the team drew three matches and lost the other three.

As a result of the poor run, Elmina Sharks went into today’s game risking dropping deep into the relegation should they lose more points.

Aware of what’s at stake, the team stepped up and set up strong to ensure they brushed aside a well-drilled Techiman Eleven Wonders side.

On the matchday at the Paa Kwasi Nduom Park, the home team started on a bright note as striker Benjamin Bernard Boateng scored twice in the space of the first five minutes.

Although the visitors will equalize in the second half through Abass Ganiu, Elmina Sharks managed to hold on to amass all three crucial points at the end of the 90 minutes.