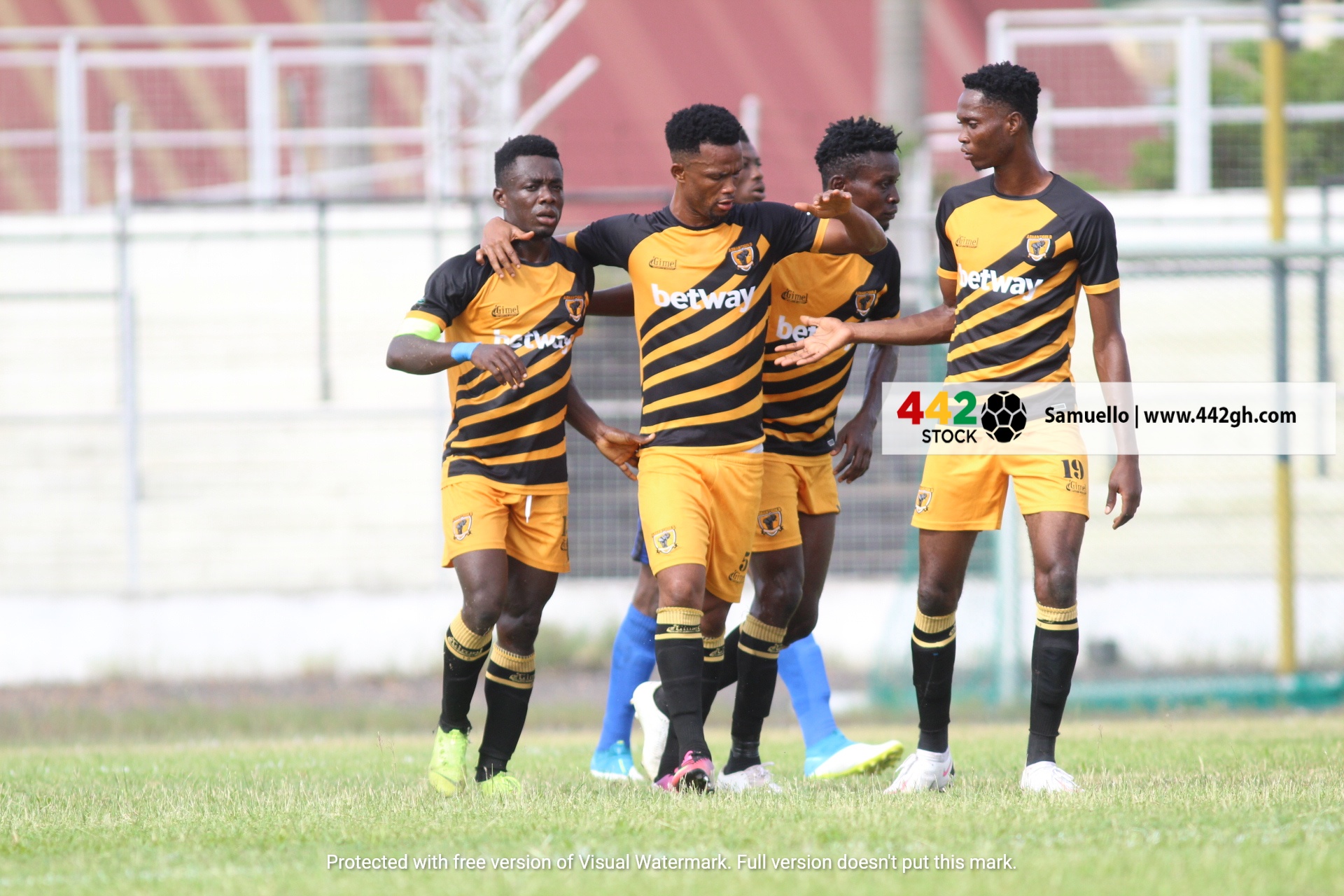 Ashanti Gold SC on Thursday afternoon recovered from a goal down to hammer Liberty Professionals 4-1 in the Ghana Premier League.

The Miners today played as a guest to the Scientific Soccer Lads at the Sogakope Red Bull Arena.

On the back of a slow start to the game from the visitors, Liberty Professionals equalized through Simon Appiah to take the lead after 18 minutes of play.

Troubled in the early parts, players of Ashanti Gold SC regrouped and played as a unit to inspire a comeback win.

On the matchday, Amos Nkrumah, David Abagna, and Amos Addai scored in the final ten minutes of the first half to completely turn the game on its head to give the Miners a huge advantage.

In a second half where Ashanti Gold SC continued to dominate, additional goals from Seth Osei and Frank Akoto sealed a huge 5-1 win for the away team against struggling Liberty Professionals.