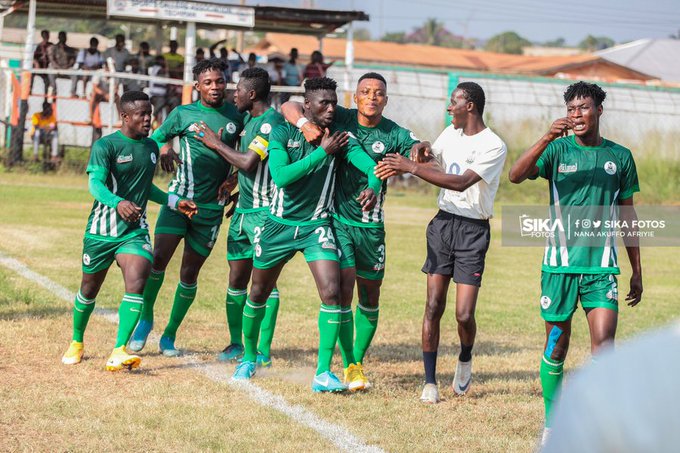 The team in Kumasi was originally expected to host Dwarfs in Techiman on Saturday but the game was rained off.

Locking horns this morning, both teams pushed for the win knowing that it is the only thing that will help them escape relegation at the end of the 2020/2021 Ghana Premier League season.

On the matchday, the first half ended in a goalless stalemate with both teams defending very well.

After recess, King Faisal upped the intensity of their play and fortunately scored twice.

First, Kwadwo Frimpong equalized in the 52nd minute before in-form attacker Zubairu Ibrahim also scored on the hour mark to seal a vital 2-0 win for the hosts.