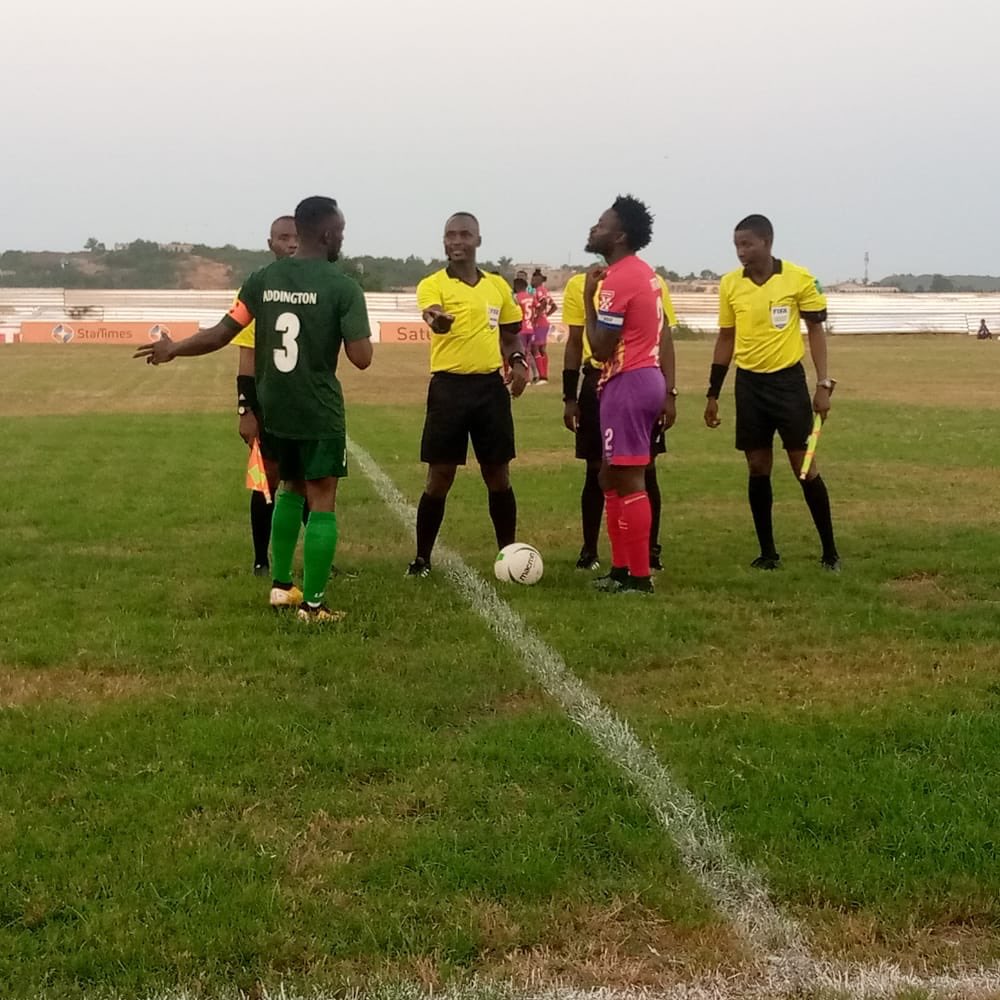 Hearts of Oak on Sunday afternoon fought hard to earn a 1-1 draw against Elmina Sharks in a game played at the Paa Kwasi Nduom Park in the Ghana Premier League.

The Phobians visited the Sharks today to honour a date on matchday eight of the ongoing 2020/2021 Ghanaian top-flight league.

Although the capital-based club had a good start to the game, Elmina Sharks made good use of a chance in the 20th minute to take the lead.

Midfielder James Bissue scored with a fine effort to send his team into the break with the lead.

Returning from the break, the home team could not defend the advantage with Hearts of Oak piling on the pressure in a bid to get back into the match.

Eventually, in the 63rd minute, young striker Victor Aidoo scored with a brilliant header to restore parity for the visitors.

In the remaining minutes of the match, Hearts of Oak played as the better side but could not net the second goal that would have handed them the win.

At the end of the 90 minutes, both teams have settled for a point apiece.