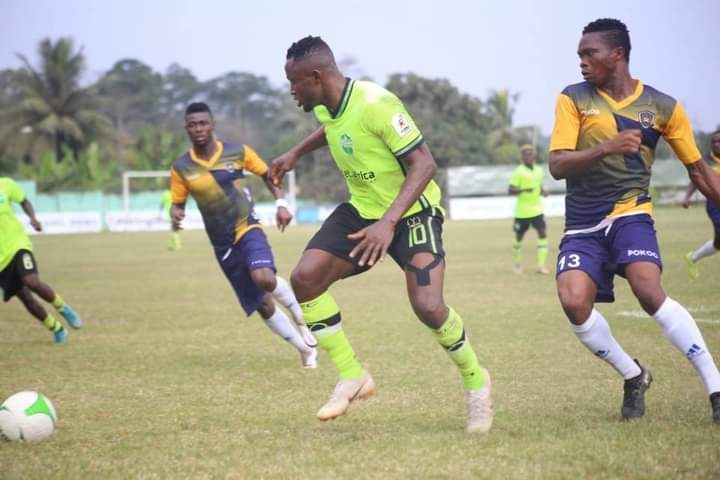 Ghana U-20 star, Percious Boah netted a brace on Sunday afternoon to hand Dreams FC a 2-0 win against Ebusua Dwarfs in the Ghana Premier League.

The Dawu-based club has this season been inconsistent and yet to impress on the many top signings they made in the off-season.

Today, the team hosted Ebusua Dwarfs at the Theatre of Dreams to fight for three points on matchday eight of the Ghana Premier League season.

On the matchday, the two teams played very well in the first half but could not find the back of the net.

In the second half, Dreams FC kept on pushing in a bid to score to merit all three points.

Fortunately for the team, attacker Percious Boah had his scoring boots on. The Black Satellites attacker scored twice in the 79th and 90th minute to hand Dreams FC a 2-0 win at the end of the game.

Today’s win sees the Dawu-based club climbing to 14th on the Ghana Premier League season. The team now needs to build on the win to pick up points in the subsequent matches.