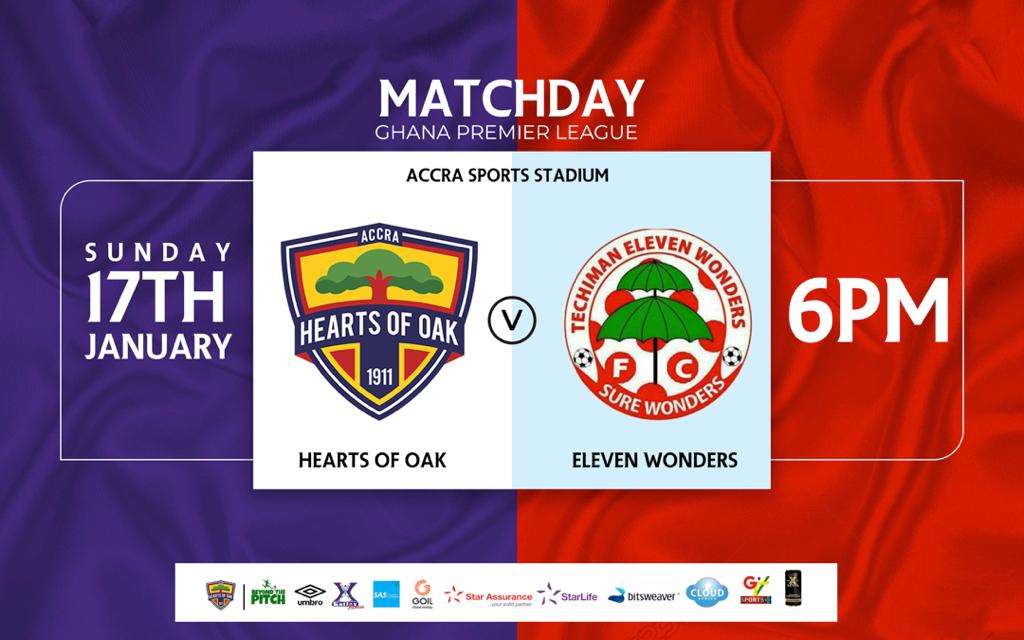 Hearts of Oak will lock horns with Techiman Eleven Wonders at the Accra Sports Stadium on Sunday, January 17, 2021, in what has been set up to produce a thrilling contest.

The Phobians in their last five matches have been a force to reckon with and will hope to pick up a win tomorrow against the matchday nine opponent of the ongoing 2020/2021 Ghana Premier League season.

Out of the last five matches, the capital-based club has played, they boast of three wins, one draw, and one defeat.

Keen on returning to winning ways this weekend after that draw against Elmina Sharks in their last time out, coach Kosta Papic and his lads are expected to go all out to condemn Eleven Wonders to a defeat.

For the side from Techiman, they are no pushovers and have been tipped to give Hearts of Oak a good run for their money.

The visiting team on the opening weekend of the Ghana Premier League held Asante Kotoko to a 1-1 draw and are taking motivation from that game into tomorrow’s encounter.

Salifu Ibrahim – The attacking midfielder has been a delight to watch this season whenever he puts on the Techiman Eleven Wonders jersey.

With multiple ‘Man of the Match’ awards, he is expected to dominate affairs tomorrow when his team plays as a guest to Hearts of Oak. If he gets his day, he could easily determine the scoreline at the end of the 90 minutes.