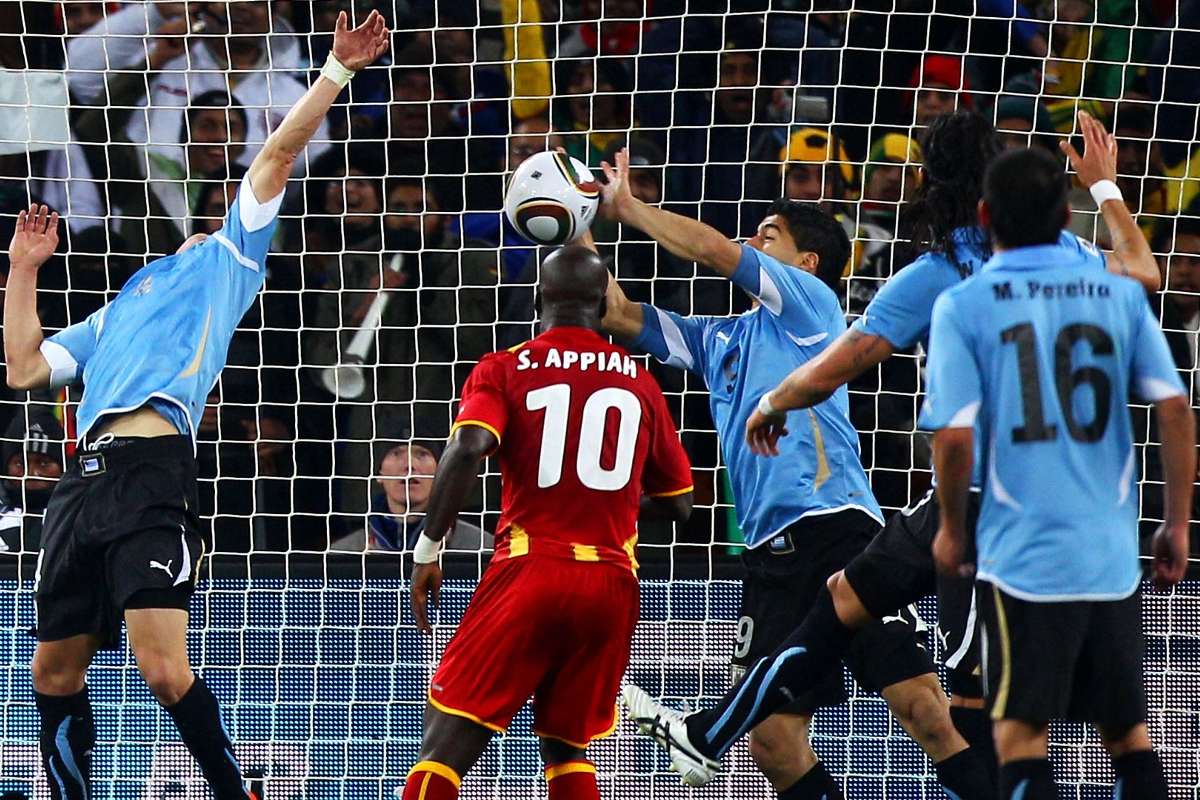 10 years ago Ghana became the third African side to reach the quarter-finals of the World Cup. However, it all ended in tears as they were knocked out on penalties.

In 2010 South Africa became the first African country to host the World Cup and what a spectacle it was. The hosts finished just behind Mexico in the groups and lost 3-0 to Suárez's Uruguay, who came top.

Ghana, for their part, came 2nd in group D behind Germany. A win against Serbia and draw against Australia was enough to go through.

In the last 16, the South American outfit beat South Korea 2-1, while Ghana beat the USA on penalties. Then came the biggest game in Ghana's history. They were the third African side to get this far.

Ghana were in dreamland when former AC Milan and Portsmouth star Sulley Muntari put them ahead on the brink of half-time. However, they were pegged back in the 55th minute when Diego Forlán scored.

Then came extra-time. It was all square and looked as if it would be going to a penalty shootout when Ghana got a free-kick on the right. The cross came in and after a bit of pinball in the box, Appiah had a golden chance.

He headed it towards goal but Suárez was on the line and parried the ball clear. Heartbreak for Ghana and a red card for Suárez. Gyan then stepped up and cracked the ball off the bar, much to the delight of Suárez.

In the shootout, two crucial misses from Mensah and Adiyiah handed Uruguay their passage to the semi-finals where they were eliminated by the Netherlands.