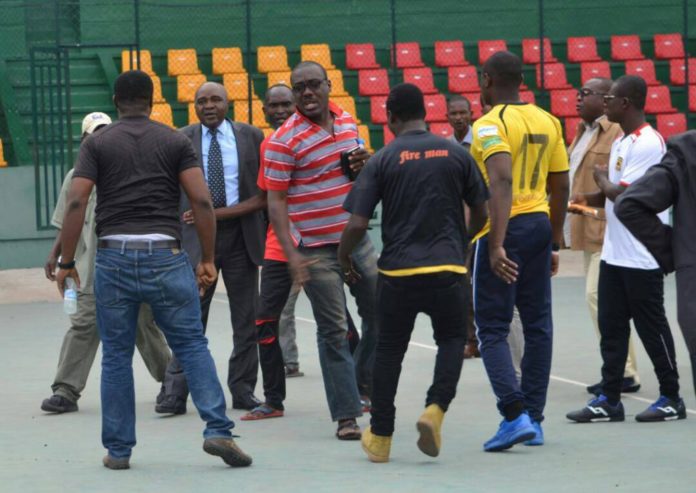 With the clash set to take off today, the playing body of Asante Kotoko, officials and some Ghanaian journalists who travelled with the team have been heckled in Congo ahead of their CAF Confederations Cup.

Reports emerged that supporters of the Congolese club attacked the Porcupine Warriors whiles training at the match venue on Tuesday.

The supporters of CARA did not only attack the playing body but also attacked team bus.

Confirming the news, Communications Director of the club, Obed Acheampong said, “We have been brutally assaulted, I was personally beaten up likewise the players, but the situation is currently under control and the players have been marched safely to their hotel where they are relaxing and focusing on the match tomorrow “, he told FOX 97.9 FM.

With respect to the safety of the playing body and the technical team, he said, "We are safe at the hotel now but management is in talks with private security institution to boost the security at the hotel.”

Officials and fans of CARA FC heckling officials and players of Asante Kotoko. We are unperturbed by these antics and focused on the game tomorrow. The players responded with songs of praise to the Lord and are determined to win. #AKSC #CAFCC pic.twitter.com/VV818ielSs

The FA Cup champions won the first leg 1-0 and they will be seeking to get a good result in order to make it to the next stage of the competition.