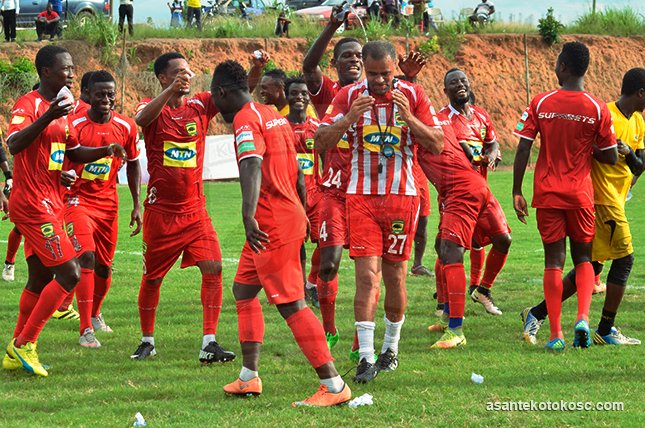 Asante Kotoko head coach, Steve Pollack is optimistic about his side progressing to the next round of the CAF Confederation Cup return leg against CARA Brazzaville on Wednesday.

The Porcupine Warriors head into the reverse fixture with a solitary 1-0 advantage from the first leg and must win against the Congolese club to ensure the qualification to the next round of the competition.

The MTN FA Cup champions squandered three penalties in the first league at the Baba Yara Sports Stadium but the former Berekum Chelsea trainer is not daunted by the huge task ahead at the Stade Alphonse Massemba-Debat.

"It's going to be a difficult game and we're looking forward to it," he said at the team's departure to Brazzaville on Monday.

"We have to go there and believe we can get a good result and qualify to the next stage.

"At the moment, they have to open up and try to redeem the one-goal advantage and we can also exploit.

"It's not a lost cause at all. I want to urge the millions of supporters to remain resolute behind this team.

"I am confident we can qualify and so there is no cause for alarm."