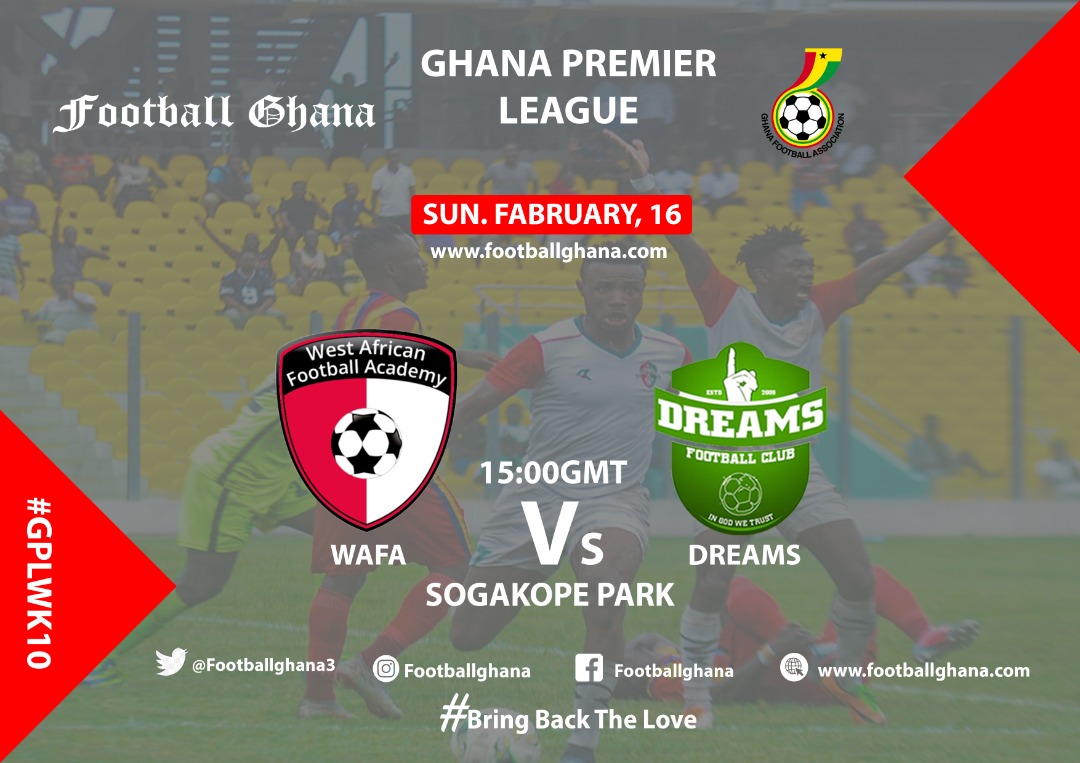 After suffering a narrow 1-0 defeat to Kumasi Asante Kotoko last weekend at the Dawu Park, Dreams FC is turning attention to its fixture against West Africa Football Academy (WAFA) today.

In what will be a Match Week 10 fixture of the ongoing 2019/2020 Ghana Premier League season, the Still Believe Lads will play as a guest to the Academy Boys at the Sogakope Red Bull Arena.

WAFA who will be playing as the home team go into the fixture as the top team as they sit 6th on the standings of the division and just 3 points shy of a top-four position.

On a record of 3 wins, 5 draws, and just 1 defeat, they will be booming with confidence when they welcome Dreams FC to their back yard.

The visitors, on the other hand, remain well in the race for the top-four as well as clinching the ultimate prize at the end of the season. Though they have struggled to stay consistent since the season started, they are now 8th on the league log and just 5 points behind the team on top of the pile.

As they visit Sogakope on the back of a defeat, assistant coach for the side Winfred Dormon says he is optimistic about a win for his team.

In the preview, footballghana.com is predicting a close contest between the two clubs who play with a lot of youth in their squads.