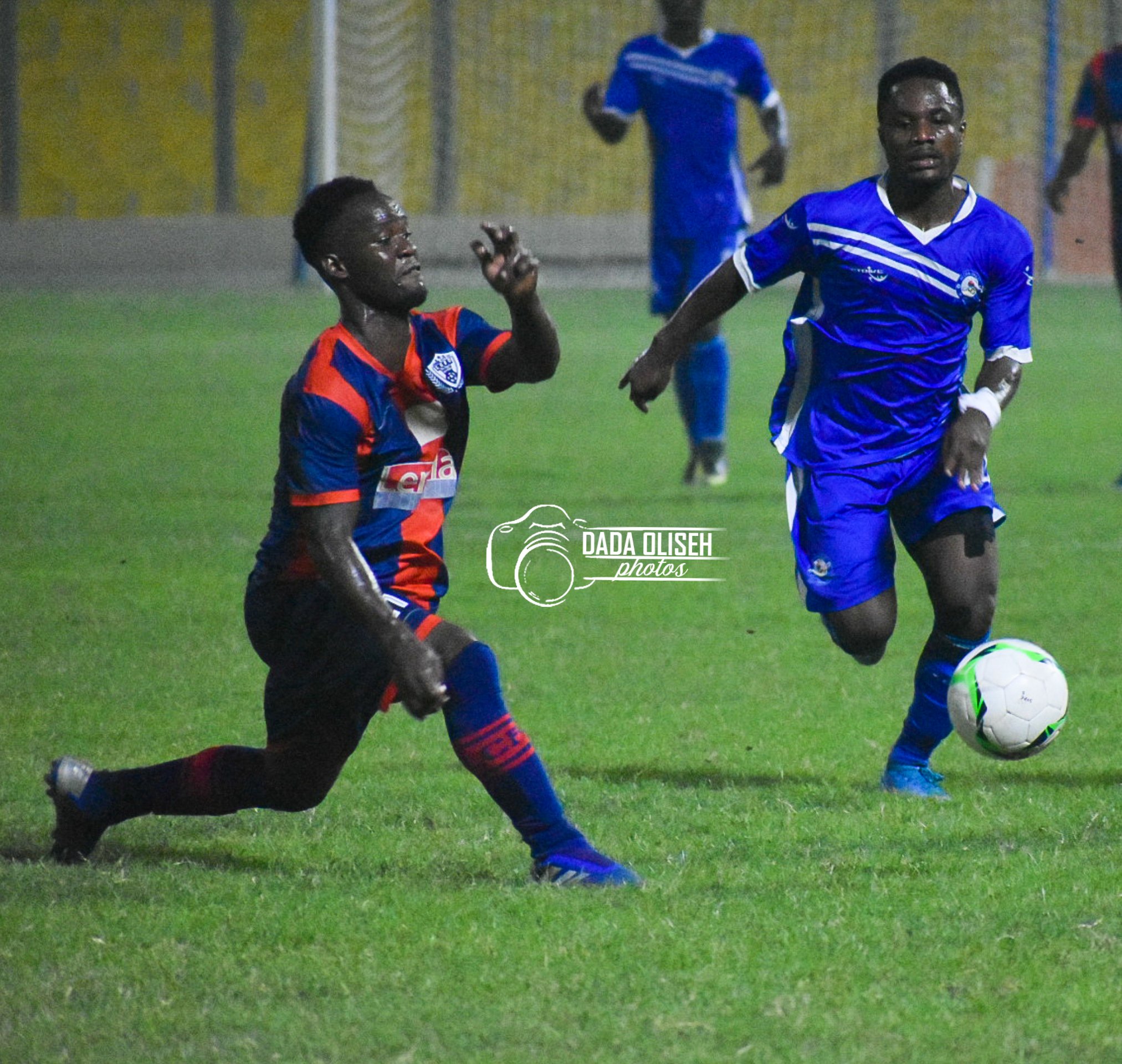 Legon Cities FC and Great Olympics have been forced to share the spoils at the Accra Sports Stadium this evening after drawing 1-1 in their Match Week 10 fixture of the 2019/2020 Ghana Premier League season.

Legon Cities started the match brightly and were rewarded with a goal in the early parts of the game. Yakubu Mohammed was put clean through and managed to round the keeper and scored to give the Royals the lead in the 28th minute. The Oly Dade boys replied 15 minutes later. Ibrahim Sulley placed his shot past Fatau Dauda from close range as the two teams went into the break with nothing to separate them.

From there on, a ding dong affair ensued between the Capital-based clubs in their quest to get a second goal to earn all 3 points at the end of the 90 minutes.

Legon Cities who emerged as the better side in the second half created a lot of chances but, unfortunately, lacked the potency in front of the goal. For Great Olympics, they had little to do and will be happy to have earned a draw at the end of the match.

In line with today's results, both clubs risk falling into the relegation zone if results in the matches to be played on Saturday and Sunday go against them.