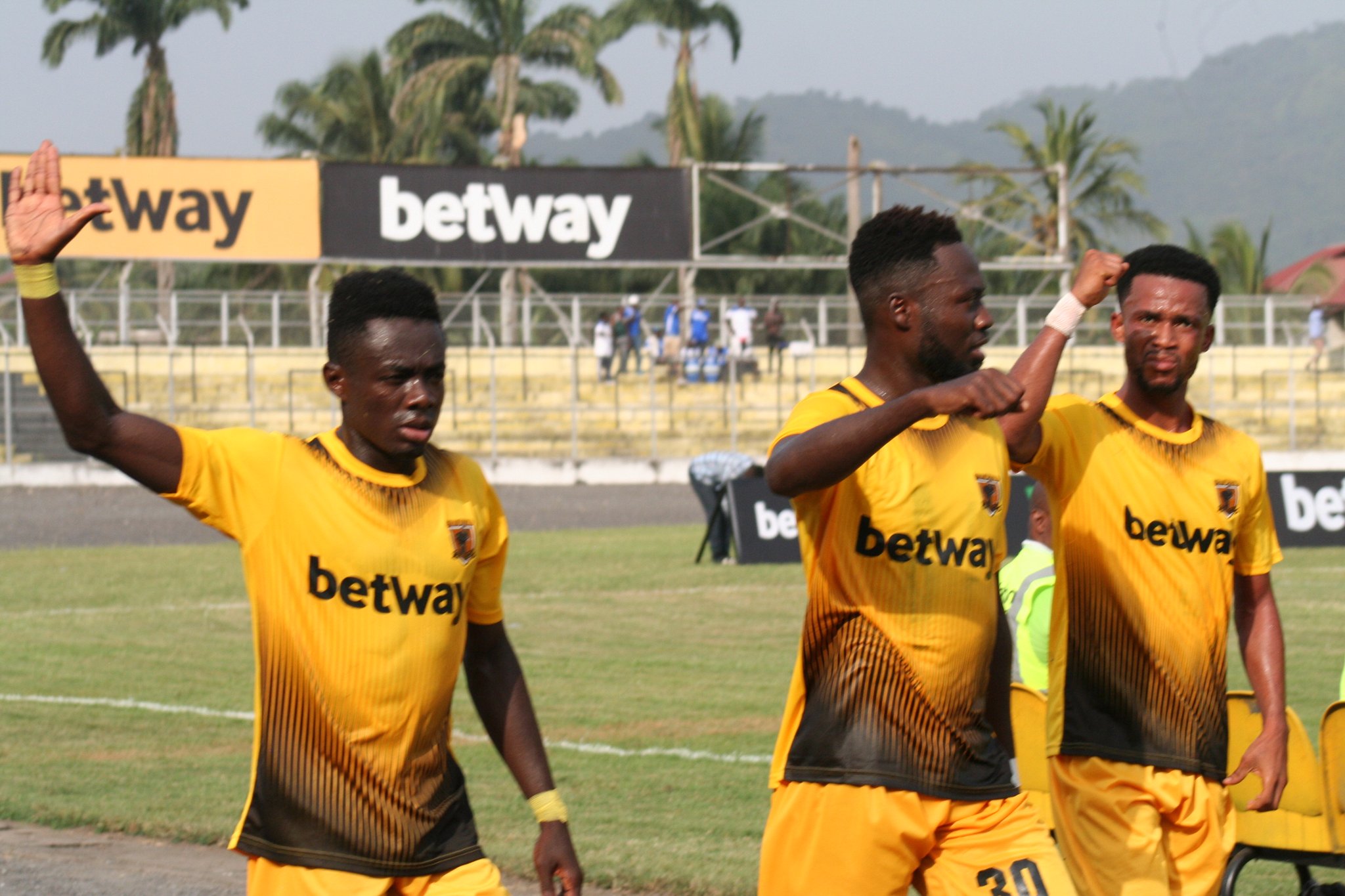 Ashanti Gold has recorded a vital 1-0 win over Dreams FC in the ongoing 2019/2020 Ghana Premier League season to keep their place at the top of the standings of the division.

The Miners were in action at the Obuasi Len Clay Sports this afternoon to honour a date with the Still Believe lads in a Match Week 11 fixture of this season's domestic top-flight league.

Though the home team managed to show their dominance in the early minutes of the first half, they could not make the necessary incursions and allowed Dreams FC to come in strong later in the second half.

In the second half, a hard-fought battle between the two clubs ended with Ashanti Gold taking the lead on the 80th minute when Abdulai Ibrahim of Dreams FC netted an own goal.

Despite efforts from the away team to get on the scoresheet to draw level, they were stopped in their tracks by their host as the league leaders cruised to a crucial win at the end of the 90 minutes.