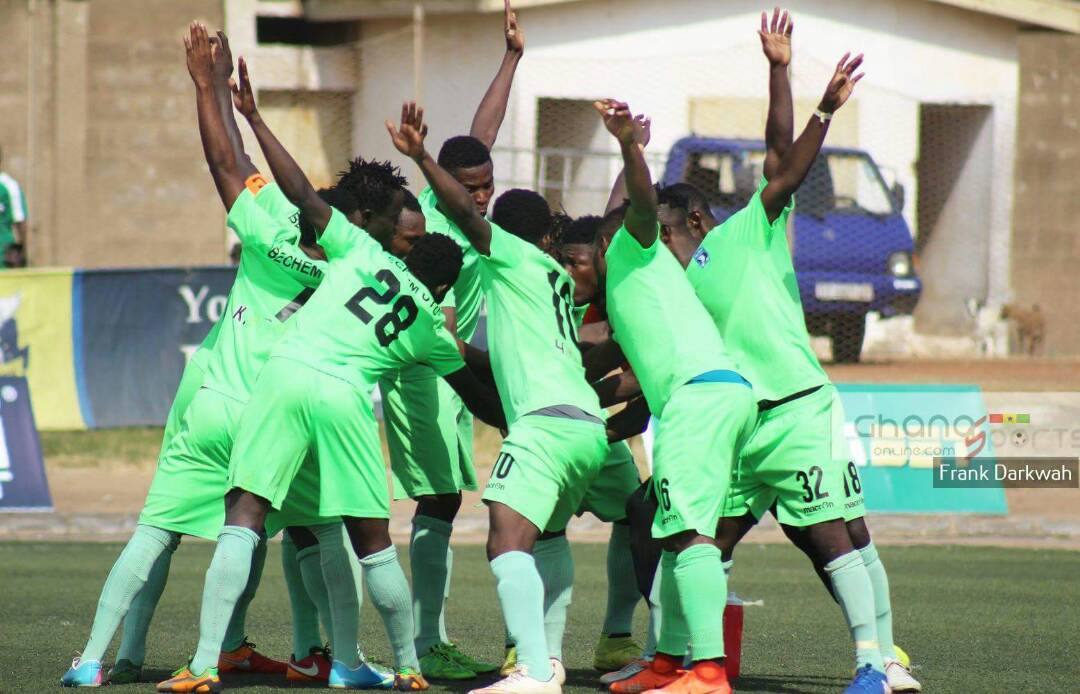 Prince Adu Kwabena scored for Bechem United as they recorded a 1-0 win over struggling Great Olympics on match day three of the Ghana Premier League.

Bechem United bounced back to winning after losing 2-1 to Inter Allies with a slim victory at the Nana Ameyaw Park on Sunday.

The Oly Dade lads went into the encounter hoping to kick start their season with a win, having lost their opening two games, however they failed to capitalise on the chances they created.

The home were dominant in the opening stages of the game before Prince Adu Kwabena gave them the lead in the 28th of the game.

After the recess, Great Olympics fought back to pick up a point but they couldn't convert their chances as Bechem United were resolute in defense.

The result lifted Bechem United to 8th on the league table with six points while Great Olympics still languish at the relegation zone with no point after three matches played.