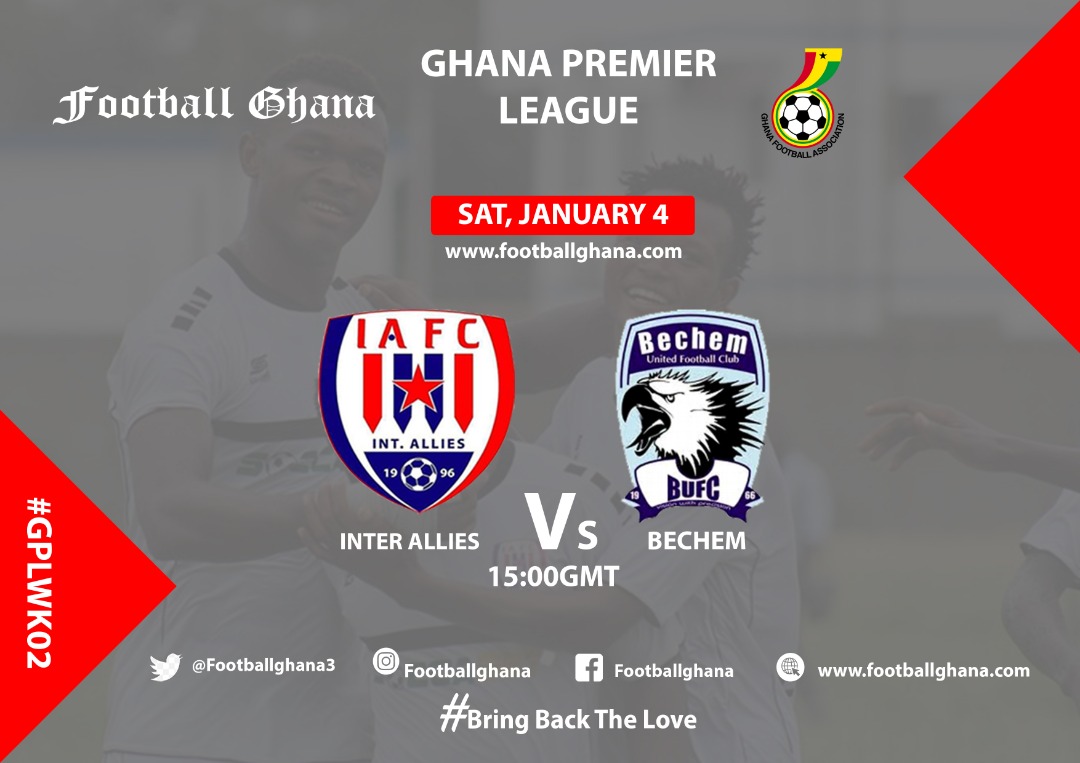 Inter Allies will play as a host to Bechem United this weekend in a Match Week 2 fixture of the 2019/2020 Ghana Premier League season.

The Ghanaian top-flight which started last weekend is entering its second round this weekend with some exciting matches to look forward to. Legon Cities FC and Asante Kotoko will open the round of matches on Friday night.

Then on Saturday, January 4, 2020, it will be Inter Allies and Bechem United taking center stage for what will be a very dicey encounter.

The home team, Inter Allies is coming back from a disappointing 4-0 loss they suffered at the hands of Aduana Stars when they visited the Nana Agyemang Badu Park on the opening weekend of the Ghana Premier League.

They now return to the Accra Sports Stadium which has been adopted as their home venue to try and get a win to get their season on track.

It will however not be easy against a Bechem United side that is brooding with a lot of confidence after taming Elmina Sharks at home in their first match of the season where they recorded a 2-0 win.

They will take that winning mentality to the game against Inter Allies while feeling that a little push will help them brush aside the opponent.

In a preview to the game, bookmakers are predicting a close contest with nothing really likely to separate the two sides. Nonetheless, Bechem United could cause havoc if their star man Kwadwo Asamoah comes to the party.

The encounter will kick off on Saturday at 15:00GMT at the Accra Sports Stadium.