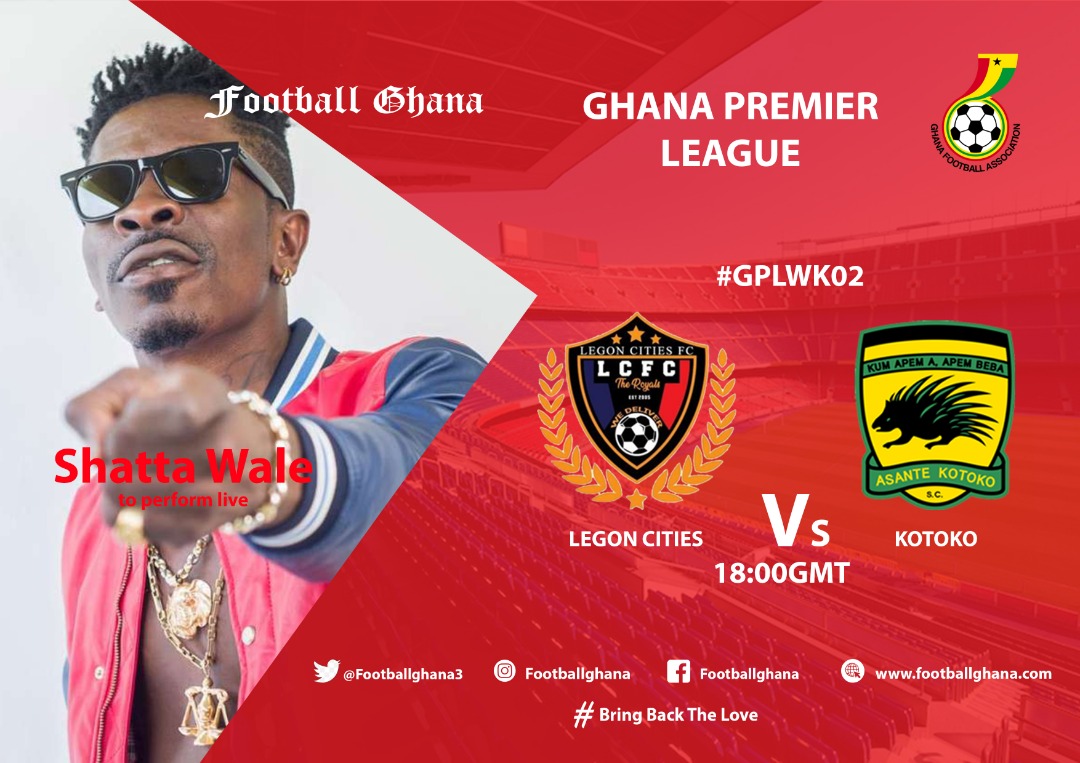 The 2019/2020 Ghana Premier League season returns this weekend with action from the various match centers as all 18 top-flight clubs gear up for their assignments on Match Week 2 of the campaign.

The two clubs go into the Matchday on the back of different results from the opening weekend of the domestic league. The Porcupine Warriors hosted Berekum Chelsea at the Baba Yara Sports Stadium last Sunday and earned a 1-0 win courtsey a strike from midfielder Justice Blay.

Legon Cities FC, on the other hand, threw away a two-goal lead in the game against Liberty Professionals on Matchday 1 as they drew 2-2 at the end of 90 minutes at the Dansoman Carl Reigndolf Park.

Now set to face each other on the second matchday of the Ghana Premier League, both Asante Kotoko, and Legon Cities FC are targeting a win to ensure they bag 3 points at the end of the game.

The host, formerly called Wa All Stars is confident of upsetting the record league champions with head coach Goran Barjaktarevic having already stressed that the Royal club is not scared of any opponent.

“I play every game to win. Of course, I have a lot of respect for Kotoko and I know they have good players but am very confident of my players. Like I said I respect each opponent but I want to win against every one of them”, the gaffer said while speaking to LC TV in a pre-match interview.

Stars striker Sadick Sule has also vowed to score two goals against the Porcupine Warriors to inspire his team to victory.

In a preview to the match, Kotoko's head coach Maxwell Konadu has indicated that his side has been working on their goal-scoring in training in the past week and will score more than they did in their last match against Berekum Chelsea.

With the tough-talking expected to end today, the highly-anticipated clash will come off on Friday, January 3, 2020, at the Accra Sports Stadium. The match will kick off at 18:00gmt with popular dancehall artiste Shatta Wale billed to thrill fans at halftime.