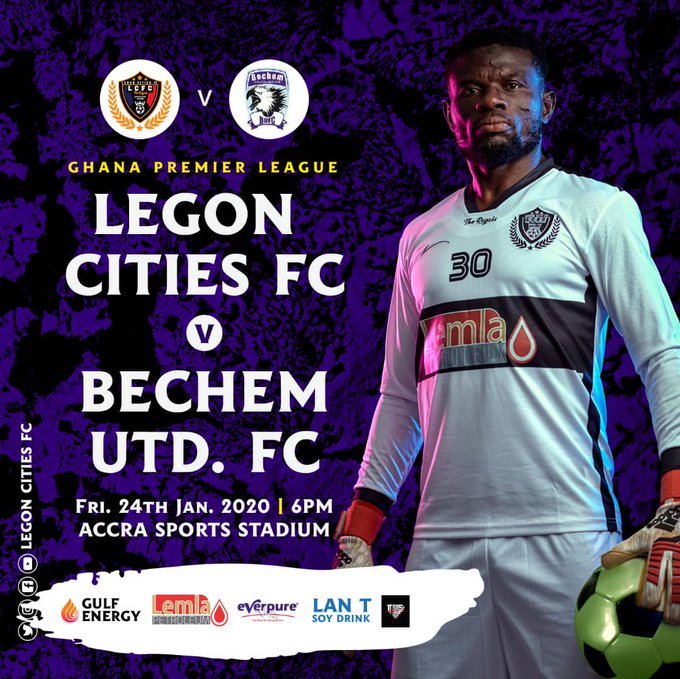 Five matches without a win in the Ghana Premier League, Legon Cities FC will seek a first win of the 2019/2020 season when they come up against Bechem United this Friday.

The rebranded Wa All Stars club has been one of the sought after clubs in terms of catching the eyes of the watching public, attracting fans from every corner since the campaign commenced.

A difficult start to the season sees them lying on the 15th position of the Ghana Premier League, just one place above the relegation zone.

The opponent for the Royals this weekend is Bechem United who has been very good so far. They are placed 6th on the league log and boast of 3 wins, one draw and one loss as well.

Set to visit Legon Cities FC at the Accra Sports Stadium tomorrow, the Bechem-based side is booming with confidence as far as their chances of bagging 3 points are concerned.

While the result of the match cannot be predicted, it is expected that the home team will come out all guns blazing to fight for all the available 3 points to better their position on the standings of the division.

The match will kick off at 18:00GMT tomorrow with top Musician Medikal set to perform at half time.