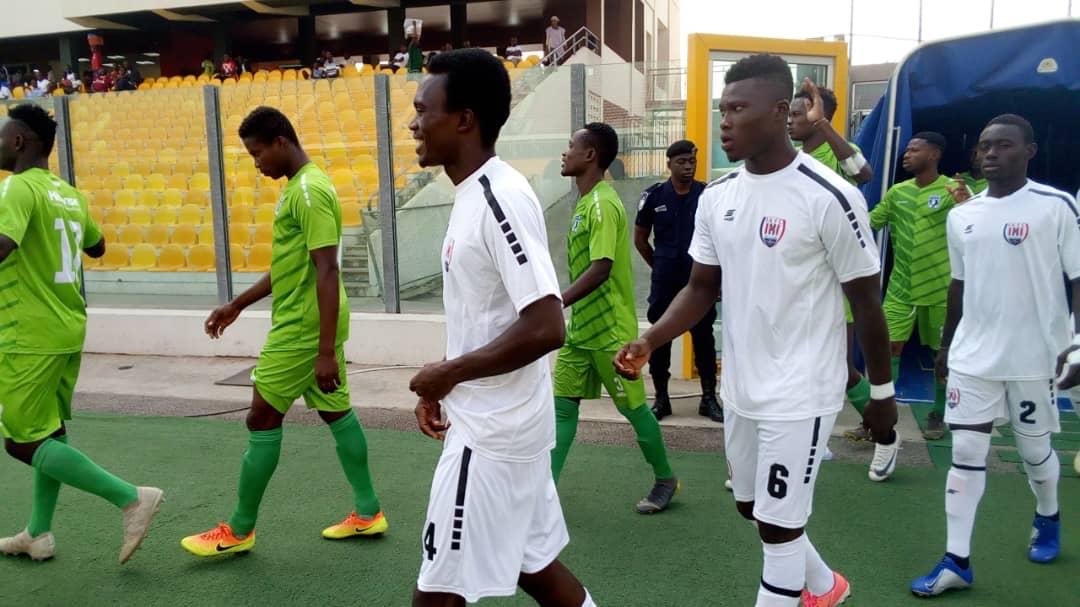 Inter Allies has recorded its first win of the 2019/2020 Ghana Premier League season after posting a 2-1 win over Bechem United on Saturday afternoon.

The Tema-based side hosted their opponent from Bechem at the Accra Sports Stadium which they have adopted as their home venue for the interim.

They approached the match with all serious knowing that they needed to recover from the 4-0 mauling they suffered at the hands of Aduana Stars on the opening weekend of the league.

Consistent pressure form Allies finally paid off on the 8th minute when Kwabena Kyeremanteng found the back of the net to shoot them into the lead deservedly.

From there on the match dragged a bit, allowing Bechem United to settle into their strides and gradually picking up momentum. On the 22nd minute, they were able to draw level courtesy a strike from Salifu Moro.

That equalizer revived the spirit in both teams who went on to display intense football in hopes of taking control of the game. Three minutes to end the first half, Inter Allies took the lead for the second time on the matchday through danger man Victorien Adje Adebayor.

That goal separated the two clubs at halftime as all hopes of Bechem United to get back into the game in the second half failed to come to fusion.

The win is the first for Inter Allies who should be safe from the drop zone at the end of the Match Week 2.