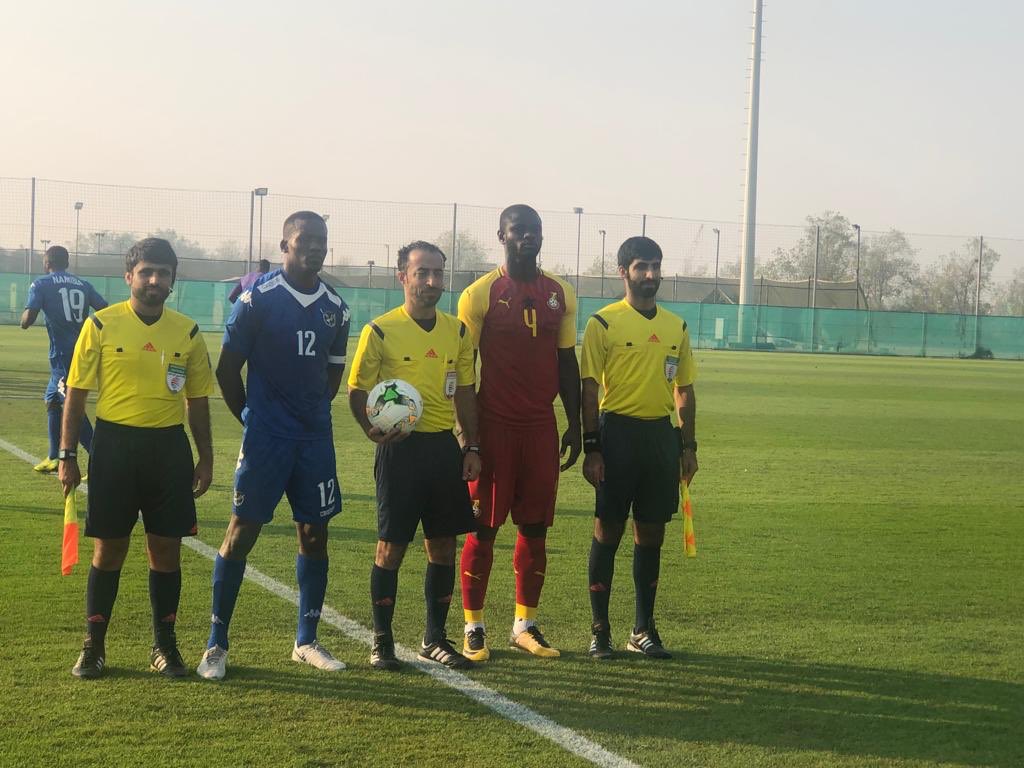 Ghana coach Kwesi Appiah says he was not surprised by his side's 1-0 defeat to Namibia in the pre-AFCON friendly on Sunday.

The Black Stars failed to beat the Brave Warriors at the Jaber Ali training facility in Dubai after a Manfred Starke first-half goal settled the scores.

Speaking in his post-match interview, the 58-year-old gaffer believes the result does not matter as he looks to announce his 23-man squad for the tournament for Egypt.

"Not actually," Appiah said when asked whether he was surprised by the scoreline. "We went out there to win, even though the whole of this week we've been loading them with hard training so there was some heaviness.

"But the bottom line is to get our final 23 so I had to let some other players play to get my final 23," he added.

Appiah also revealed he was not happy with his side's profligacy in front of goal after wasting several opportunities and missing a penalty.

"Namibia had one chance and scored, unfortunately, we created many chances but failed to score but we are looking at the essence of the game.

"We looking at the shape of the team so we can see where they are lapses and loopholes that can be corrected before we go to Egypt."

Ghana have been placed in Group F alongside defending champions Cameroon, Benin and Guinea-Bissau.