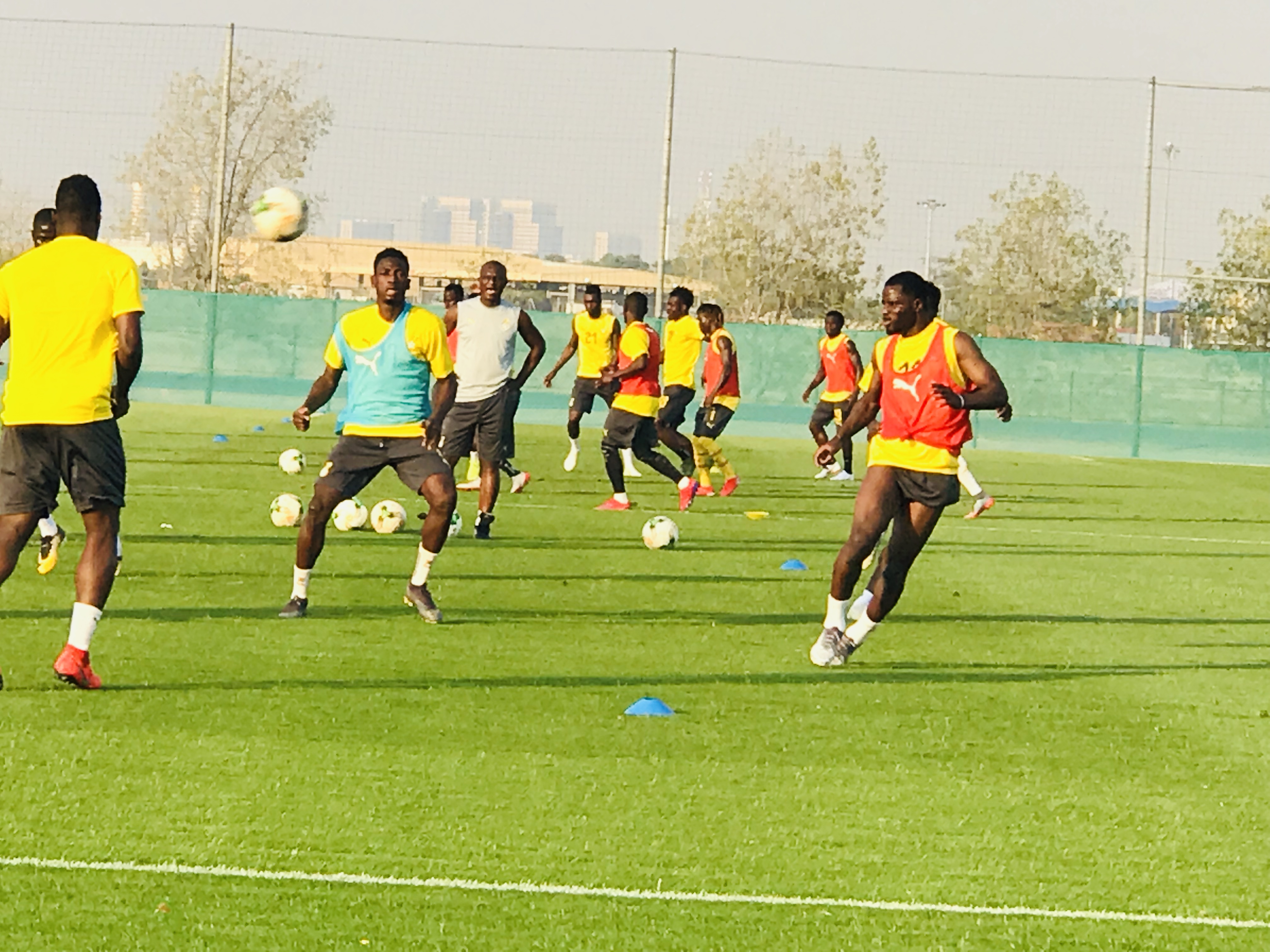 The Black Stars will return to training on Tuesday evening after having a day’s rest after their friendly match against Namibia on Sunday.

Ghana lost 1-0 to the Brave Warriors of Namibia in their first Pre- AFCON friendly in their match played at the Jebel Ali Centre of Excellence in Dubai.

Coach Kwesi Appiah will lead his team through some physical fitness exercises as well as some formation and game plan tactics.

The Black Stars will continue their daily training routine until  Saturday when they come up against South Africa in their second friendly match before travelling to Egypt on June 20 for the tournament.

Ghana will begin its African Cup campaign on June 25 against Benin before playing Cameroon and Guinea in subsequent group matches.