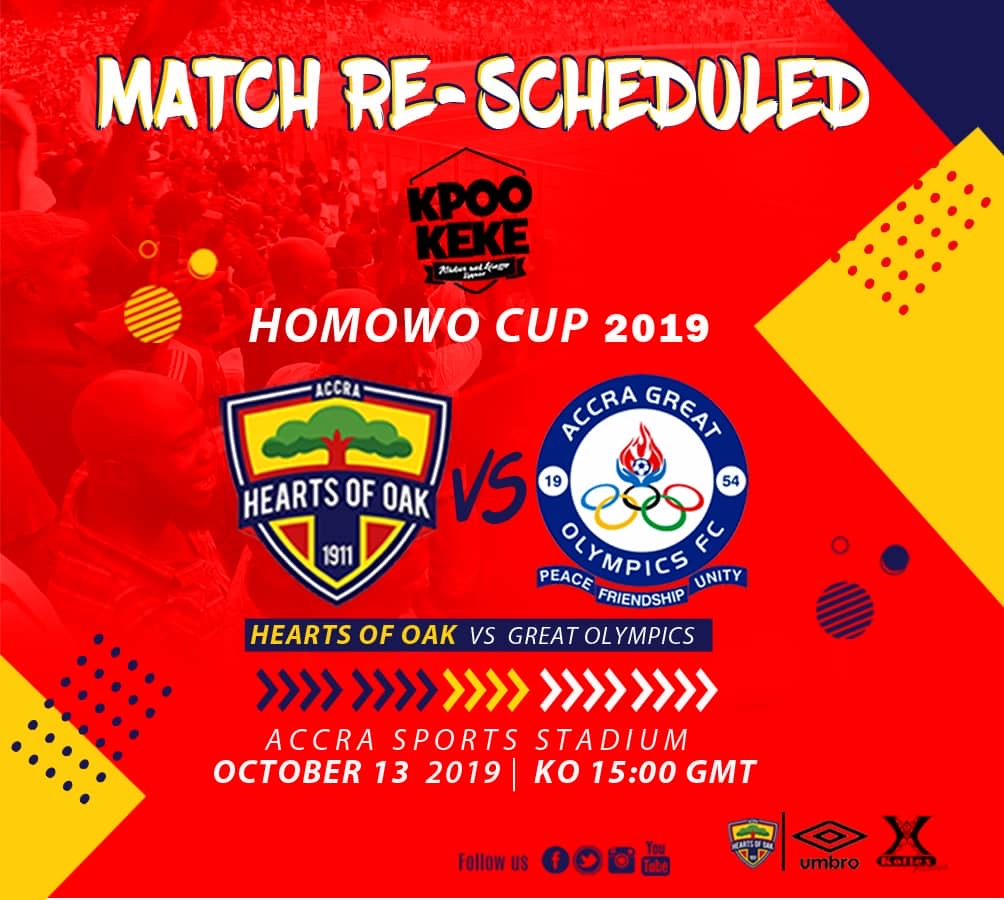 2019 Homowo Cup clash between Hearts of Oak and Great Olympics has been postponed again to Sunday, October 13, 2019.

The clash was originally scheduled  for September 15 but had to be moved forward to October 6 after organisers were unable to fulfill their side of the agreement.

However, no official explanation has been given for this latest setback but it has been rumoured that organisers want to create more buzz around the fixture in the country.

The two biggest clubs in the Greater-Accra region will battle each other at the Accra Sports Stadium in a game that will be played in commemoration of the annual Homowo festival which is celebrated by the Gas.