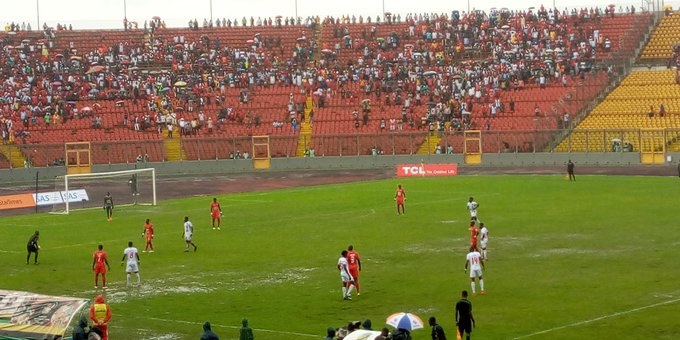 2019 President Cup clash between Asante Kotoko and Hearts of Oak has been called-off by the organisers due to downpour at the Baba Yara Stadium in Kumasi.

Referee Bernard Dumfeh ended the match abruptly after ten minutes of proceedings where both sides failed to score a goal.

Footballghana.com understands a new date for the clash will be announced in the coming hours.

A statement on Asante Kotoko's Twitter handle read: ''The 2019 President's Cup match against Hearts of Oak at the Baba Yara Stadium has been called off, after just ten minutes of play, due to the wet and soggy nature of the pitch.''