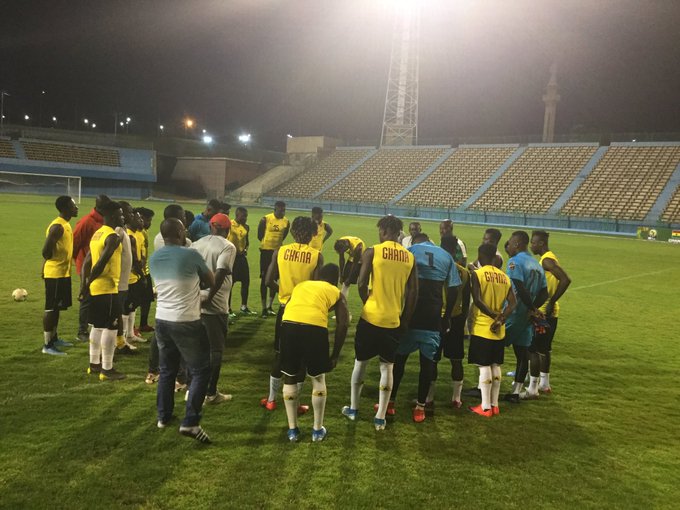 After a team meeting in the morning, Coach Ibrahim Tanko put the players through their paces at the El Sekka El Haddid Stadium in the evening.

All 21 players partook in the session with the players who played in Monday's game against Egypt going through a recovery session.

The team will train again on Wednesday night before Thursday's match which will be played at the Al Salam Stadium in Cairo at 8:00pm local time (6:00pm GMT).

Ghana drew with Cameroon 1-1 in their opening game before losing 3-2 to host nation Egypt.

The Black Meteors need to beat Mali and hope that the Egyptians do them a favour by defeating Cameroon.

The best two teams in each group will advance to the semi finals with the winner of the tournament and the two runner ups getting automatic qualifications to the Olympic Games.