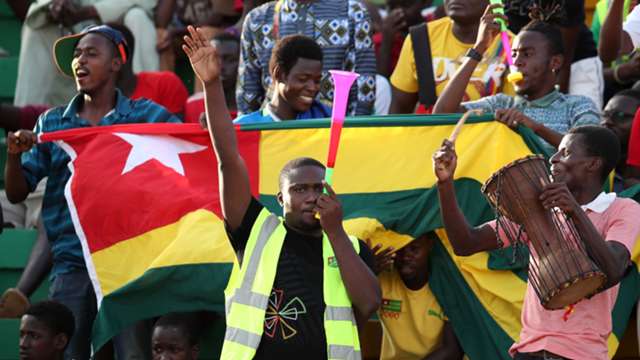 “Hi Ed.” It was another message from Liberia coach Robert Lartey, with whom I had developed a warm relationship at the Wafu Cup of Nations. “I’ve damaged my phone, it mistakenly fell in the water.”

All, it seems, was not well in the Lone Stars camp, although it wasn’t immediately apparent how Mr. Lartey was able to contact me at all, considering that his phone had been decommissioned.

“It fell in the water right after our game, when I reached the hotel trying to use the rest room,” Robert continued. “I took it for repair, but I was charged $260, the phone is a Samsung Mobile note five.”

Lartey’s phone disaster came at a particularly bad time, as only hours earlier, his side’s Wafu opener against Sierra Leone had been halted, then postponed, then rearranged, due to floodlight failure in the Stade Lot Dior.

It was a drama within a drama.

Initially, at approximately 21:24, the lights had flickered in the press booth, merely a twitch in this bubbling, broiling stadium sat in baking, boiling Thies. No one had batted an eyelid.

Then, bulb by shining bulb, the flood lights failed; far right first, the chief of security raised his head, then back left, he looked to the skies, then to my right, he began muttering a Wollof prayer, and then to my left, and by this point, he was gone, darting down the simmering stadium steps to try and find a solution.

On one hand, it was a beautiful image, the two participating teams, in their green and blue-white kits, illuminated by the tv crew, whose battery-powered camera lights remained operational.

69 minutes on the clock.

The coaches—Sellas Tettah of Sierra Leone, then Liberia’s Lartey—called their players over and began issuing further instructions, taking the opportunity to put that arm around the defender with multi-coloured boots who perhaps hadn’t pulled his weight, rousing the spirits of the striker who had missed a sitter.

It later emerged that the DB board had set on fire, taking out the power and destroying the connection to the generator in the process, even though the stadium manager later tried to claim—keen, perhaps, to deflect the blame amidst the confusion—that the power cut had been caused by a bird flying into the floodlights, which had somehow caused a meltdown higher up the connection.

“Tell him, that’s not how electricity works,” responded the organisers' head of security, a gentle Afrikaans accent betraying a profound annoyance at the fabrication!

Lartey and Tettah weren’t to know that their instructions could only be put into effect 16 hours later, as it soon became apparent that the lights weren’t going to be coming back on any time soon.

Rumours swirled around the organising team of the origin of the failure; had the power been cut across the entirety of Thies?

Was an orange light we could see in the distance evidence of a fire at SenElec, as had been murmured?

Had the generators cut?

Were we even hooked up to the generators at all?

The match commissioner, the presidents of Wafu and the referees assembled on the pitch to discuss their options, deciding that the match must be postponed for 45 minutes, as they attempted to fix the problem, but that if no resolution could be found tonight, then it would be rearranged to a later date.

It was clear there would be no solution forthcoming regarding the electricity, although initially, it wasn’t clear whether, with the match not having reached the 70-minute mark, they would replay the entirety, or play just the final 21 minutes, or whether the result would stand as is.

With the Wafu regulations not available to be produced on the spot — presumably locked in some dusty cupboard in Niamey, or Abidjan, or Cotonou or wherever — the Wafu A General Secretary, the regal Jammeh Bojang, was called upon to outline the way forward.

The book of regulations, when located, proved him right, fortunately, and at 14h the next afternoon, the two sides played out the final 21 minutes of their bout, with Sierra Leone holding on to progress to the cup quarterfinal, while Liberia dropped into the plate.