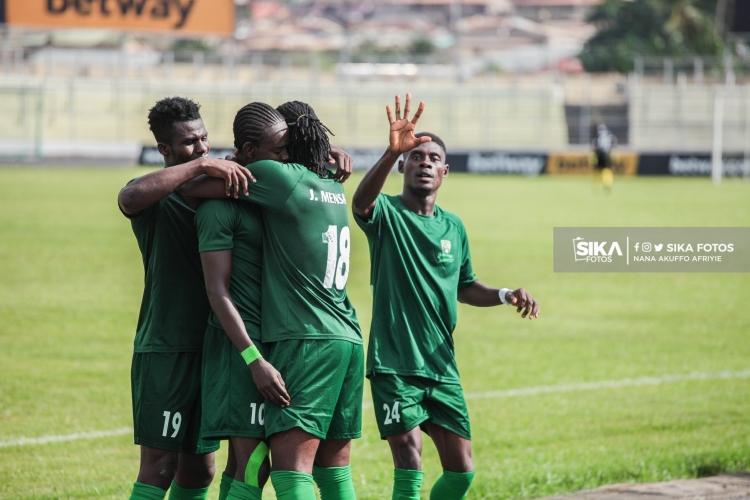 As the second round of the 2020/2021 Ghanaian top-flight league tables shape, teams are seeking to pick crucial points to enhance their chances of a top finish.

Today at the Cape Coast Stadium, Elmina Sharks hosted WAFA SC in a matchday 20 encounter of the Ghana Premier League.

Presented with a tough opposition, the home team struggled to make strides in the first half that ended goalless.

Later in the second half, Elmina Sharks came in strong in a bid to try and snatch a late win.

Fortunately, they had the men to get the job done and hence pushed to get the win through a strike from Samuel Arthur in added time.

Today’s result sees Elmina Sharks leapfrog WAFA SC to 10 while the side from Sogakope drops to 11th on the Ghana Premier League.