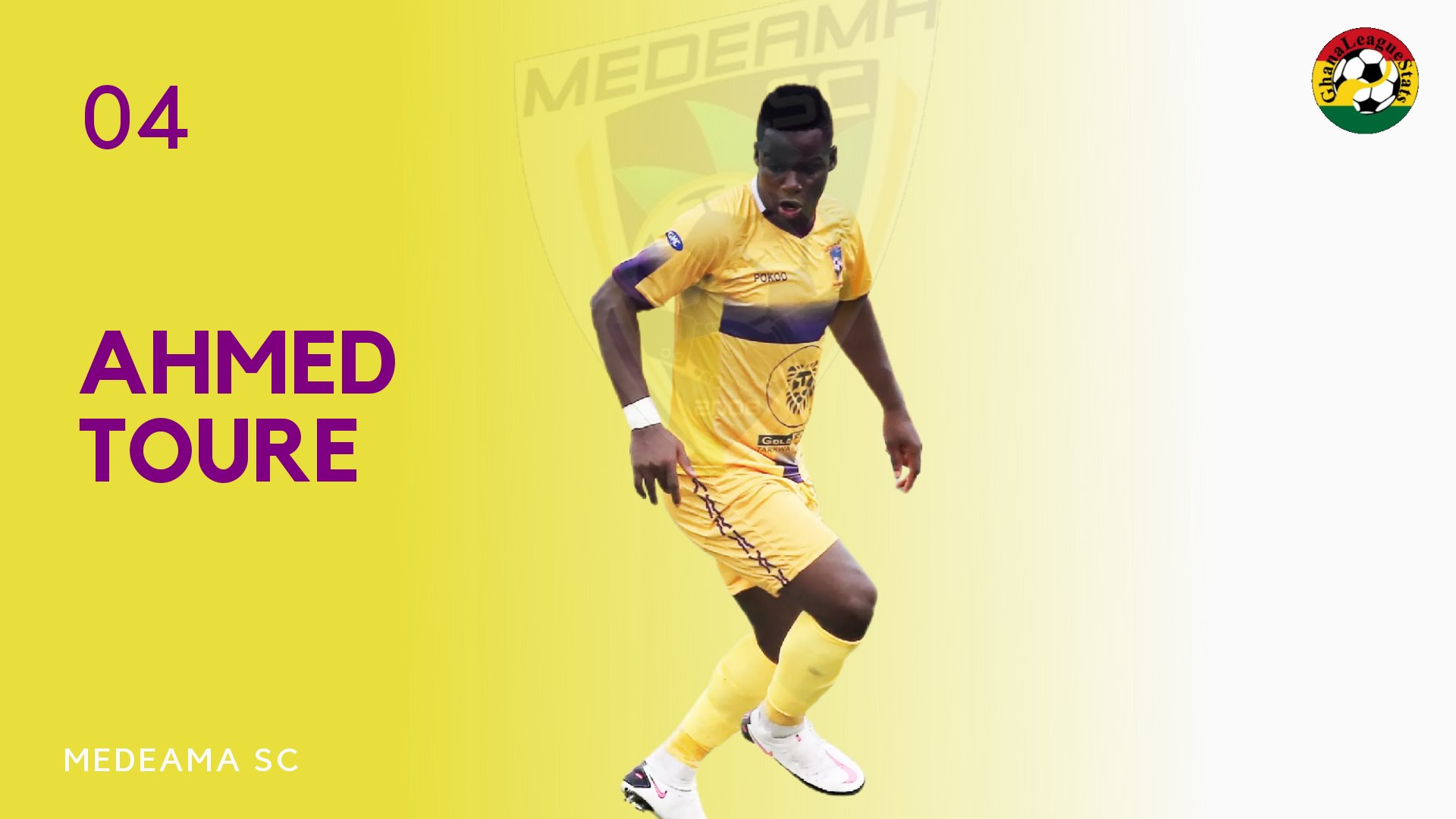 Medeama SC striker, Amed Toure is set to miss his side’s next Ghana Premier League match against Legon Cities after being shown a red card on Sunday.

The 33-year-old was shown a second yellow card for a handball incident during the 2-0 win over Dreams FC.

The Burkina Faso international bagged a brace for the Mauve and Yellows to cushion the side to 5th on the league table.

However, the Ivorian-born striker will miss the crunch tie against the Royals at the Akoon Park in the next fixture.

First, he connected beautifully from a Justice Blay assist to open the scoring in the 15th minutes before adding the second on 64 minutes after squeezing in Zakaria Mumuni’s cheeky free-kick.

Medeama will now be without their main goal threat for the must-win home game against the capital side who are revived after beating Great Olympics 2-0 in a derby win.

However, Toure will be available for the big game against his former club Asante Kotoko a week later at the Obuasi Len Clay Stadium.