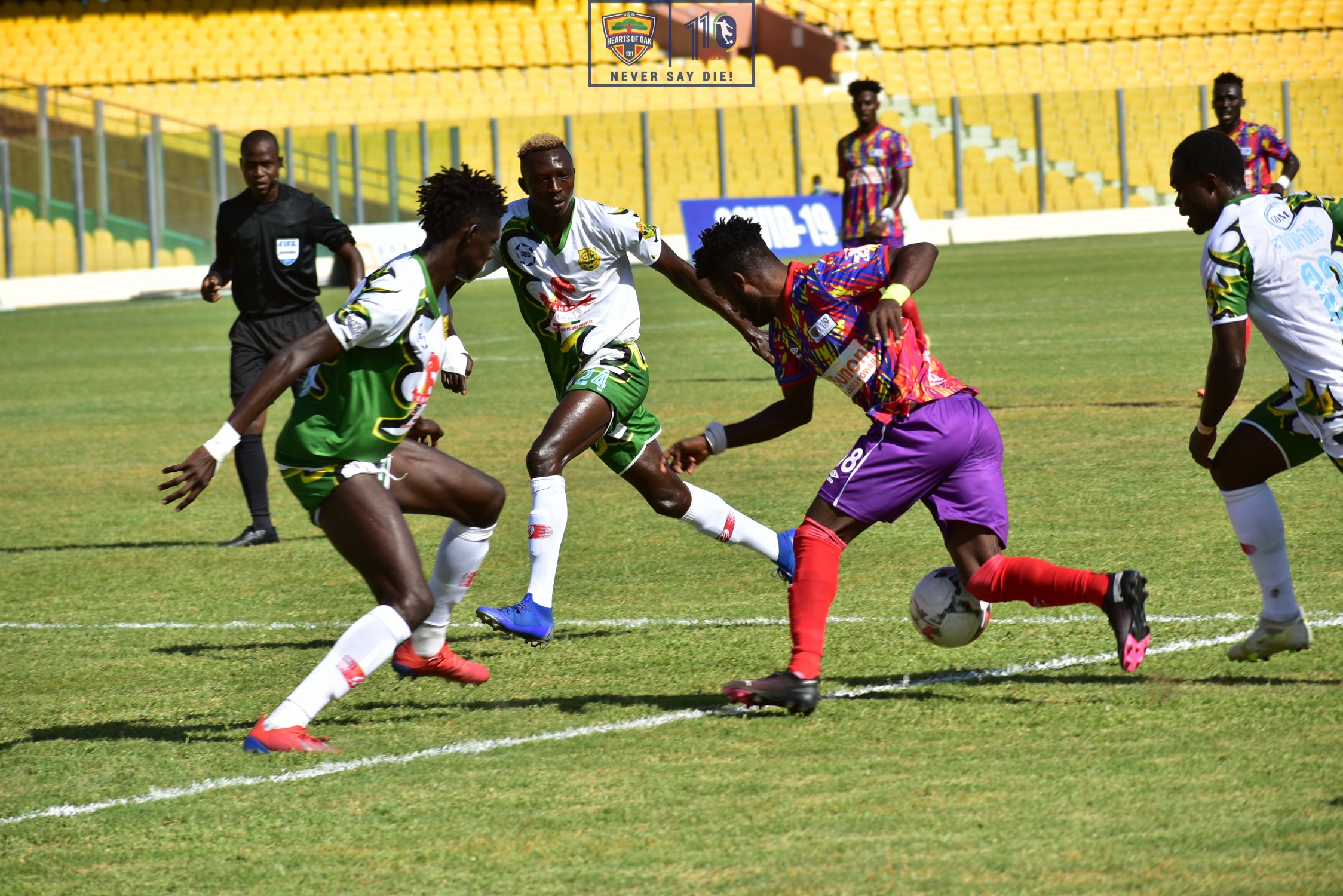 Hearts of Oak will play Moroccan side Wydad Casablanca in the 2nd preliminary round of the 2021/22 CAF Champions League qualifiers after beating CI Kamsar of Guinea on Sunday.

Kofi Kordzi and Salim Adams scored late as the Phobians sealed a 2-0 victory at the Accra Sports stadium.

Hearts needed a result in the one-legged tie and got the job done with the next round still left to be played to secure a place in the group stages of the competition.

The Guineans actually started the game brightly and created some opportunities, even finding the net at some point but the goal was ruled out due to an infringement.

Hearts slowly grew into the tie and dominated possession till the end of the first half. In the second half, the Phobians kept the pressure up whilst Kamsar started some time-wasting tactics.

Fortunately for the hosts, Kordzi, who came on as a substitute, made a huge mark. After starting the move which led to a close-range free-kick, the striker blasted the ball into the net from the set-piece, delighting the technical team.

During injury time, Salim Adams, who was also a substitute sealed the result with a power driver from the edge of the box.